From 1900 to 1907, the librarian of the Ladies' College Library was alumnus Raymond Clare Archibald who was also teaching mathematics and was head of the violin department. Beginning in 1905, he began to develop a special section in the Ladies' College library. He named it the Mary Mellish Archibald Memorial Library (MMAML) in honour of his mother, a former Ladies’ College Vice-Principal who died in 1901. His purpose was to build a collection that would supplement the classical and theological emphasis of the University’s library collection, with books and journals of interest to those studying music, art, household science, and modern literature at the Ladies’ College. He focused on English and American poetry and drama and related subjects. In addition, he purchased early and rare sound recordings of authors reading their works, and of musicians and actors performing. His interest in folk-lore produced an excellent collection of folk songs, children’s and students’ songs, as well as a reference collection of folklore texts and journals. The MMAML also contained a unique selection of magnetic tapes and disks from which the voices of poets and dramatists could be heard. Archibald acquired, catalogued, and interpreted these materials, often during his summer break from teaching responsibilities.

The history of his alma mater was another interest of Dr. Archibald’s, and through personal initiative he sought to collect and compile a collection of original records that would document the history of the Mount Allison institutions. These records of the documentary heritage of the institutions were preserved and guarded in the storage area of the MMAML. This collection of materials subsequently became the core of the Mount Allison University Archives which was established during the 1969-1970 academic year.

The MMAML was moved once more when the Ralph Pickard Bell Library opened in 1970, where it remains housed as part of the libraries' Special Collections. The Collection currently contains materials relating to folk music, folklore, ballad literature, folk life, art song and college songs. The focus of the older material is largely English-language publications pertaining to these subjects in Canada, the British Isles and the United States. More recently, folklore and folk life resources from around the world have been added. The Collection currently holds over 12,000 volumes, with extensive back runs of journal titles. The rare items of the Collection (approximately 2,000 titles) are stored in the Rare Book Room, the journals are shelved on the ground floor of the Library, and all other print materials are housed in the Mary Mellish Room which is an open-access collection on the third floor of the R.P. Bell Library. Rare items may be used within the library. The Collection is supported by an endowment which Dr. Archibald began in 1905. 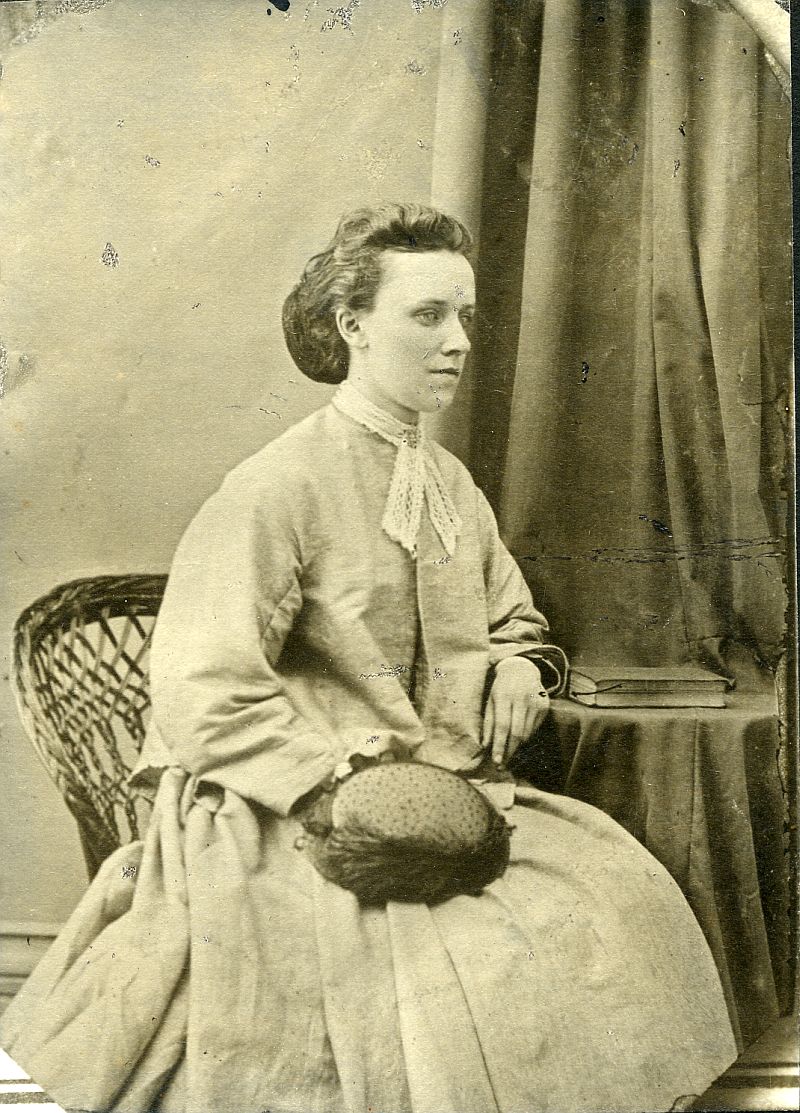 Mary Mellish was born in Pownal, Prince Edward Island in January 1849. She came to study at Mount Allison Wesleyan Academy, Female Branch and graduated in 1867 with a Mistress of Liberal Arts (MLA). She returned to this institution, renamed the Mount Allison Wesleyan Female Academy, in 1869 as a teacher and was preceptress until failing health forced her to resign in 1873. She married Abram N. Archibald on December 14, 1874, and their son Raymond Clare Archibald was born at South Branch, Stewiacke, Nova Scotia on October 7, 1875. 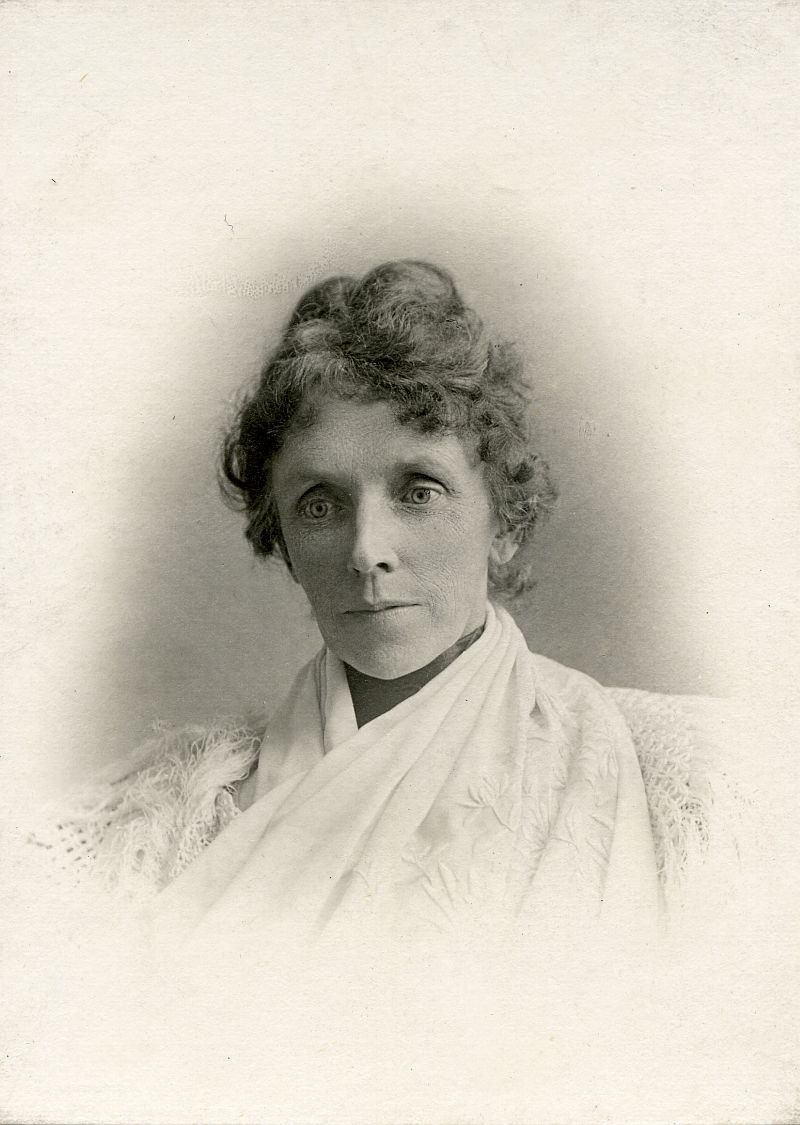 After her husband’s death in 1883, she returned to teaching and was re-appointed as the Preceptress of the Mount Allison Wesleyan Ladies’ Academy in 1885. She served in that capacity, (re-named Vice-Principal of the Mount Allison Ladies’ College in 1897), until her untimely death from pneumonia in New York City on January 9, 1901. 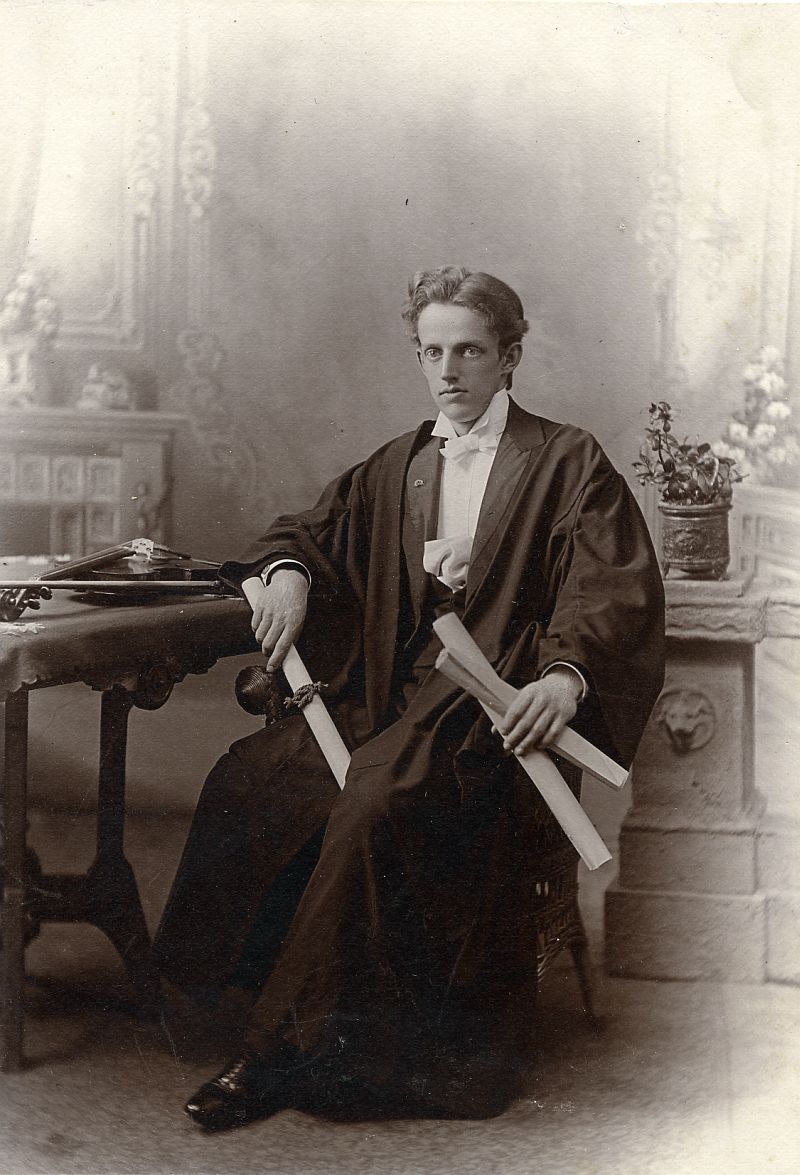 Raymond Clare Archibald was born at South Branch, Stewiacke, Nova Scotia on 7 October 1875. He was the son of Abram Newcomb Archibald (1849-1883) and Mary (Mellish) Archibald (1849-1901). Dr. Archibald attended the Mount Allison Wesleyan Academy from 1885-1889, and the University of Mount Allison College from 1889-1894.  He received a Bachelor of Arts degree with first class honours in Mathematics, and a teacher’s diploma in violin from the Mount Allison Ladies’ College.  During the 1894-1895 academic year he taught Mathematics at the Ladies’ College, and earned an artist’s violin diploma.

Dr. Archibald subsequently received a BA and a MA from Harvard University and attended the University of Berlin (1898-1899), and the University of Strasbourg (1899-1900) where he was the first English speaking student to receive a Ph.D. in Mathematics.Upon his return to Canada Dr. Archibald served as Professor of Mathematics, Librarian, and Head of the Violin Department at the Mount Allison Ladies’ College from 1900-1907. 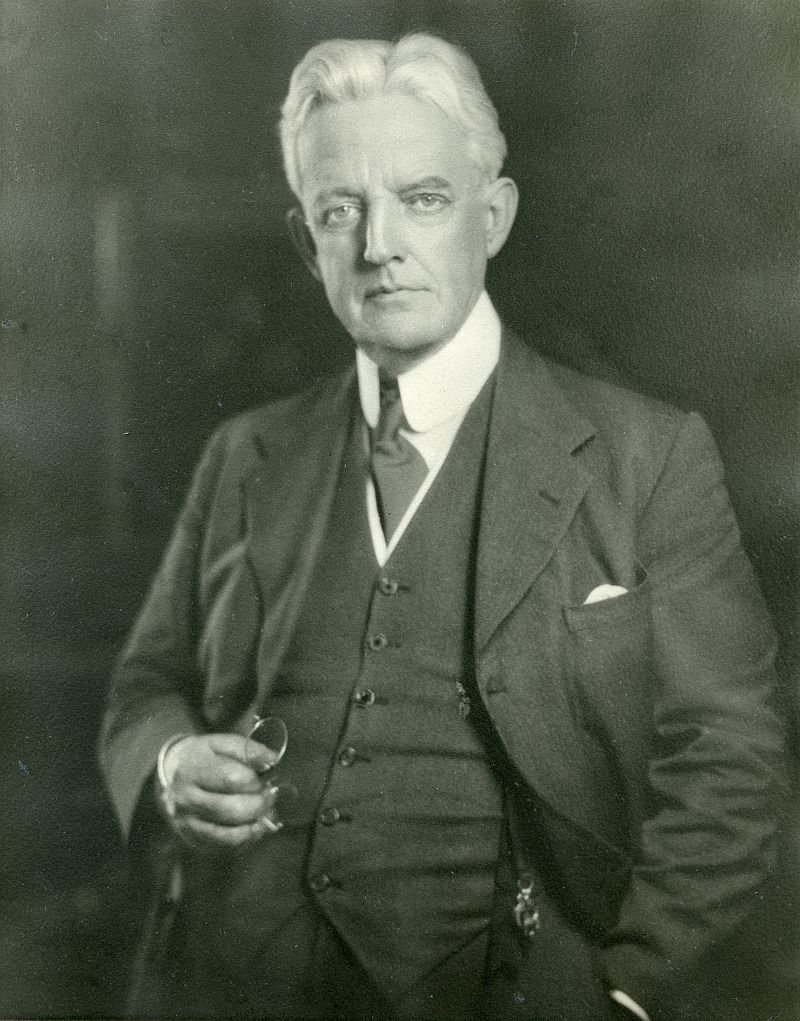 Dr. Archibald next served as Professor of Mathematics and Head of the Department at Acadia University (1907-1908), and in 1908 joined the faculty at Brown University where he taught the history of mathematics until his retirement in 1943.  While at Brown he also helped develop one of the finest mathematical libraries in the United States at that time.  He received honorary degrees from the University of Padua (1922) and Mount Allison University (1923). 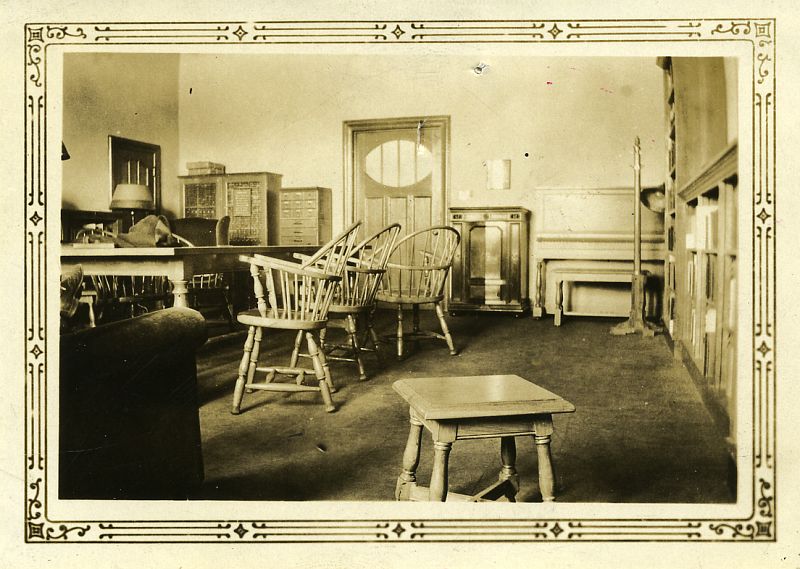 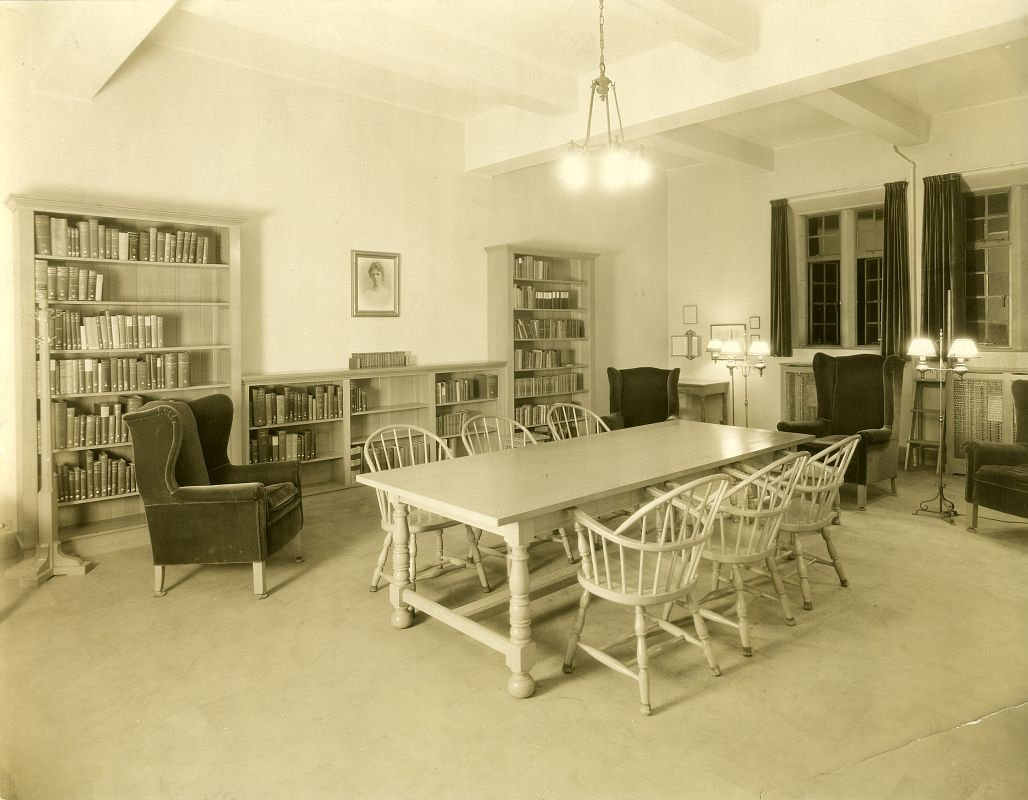 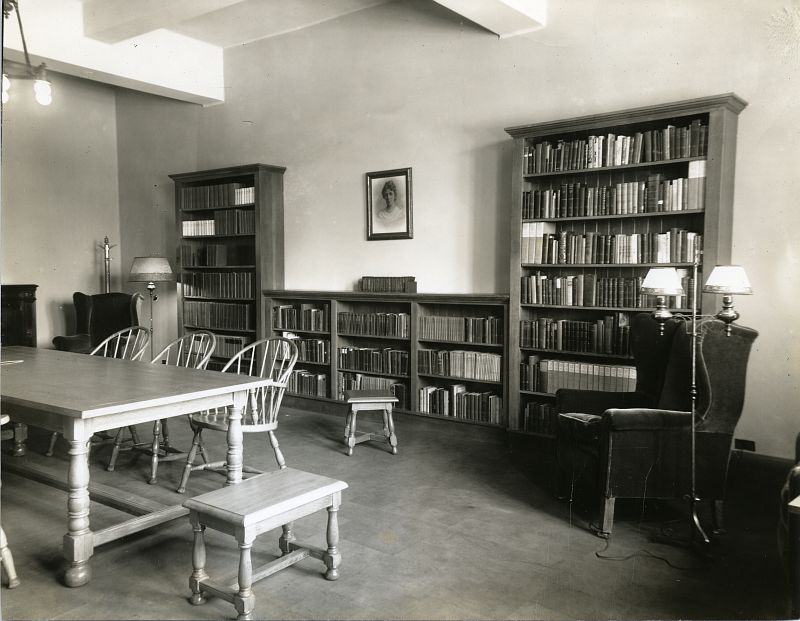 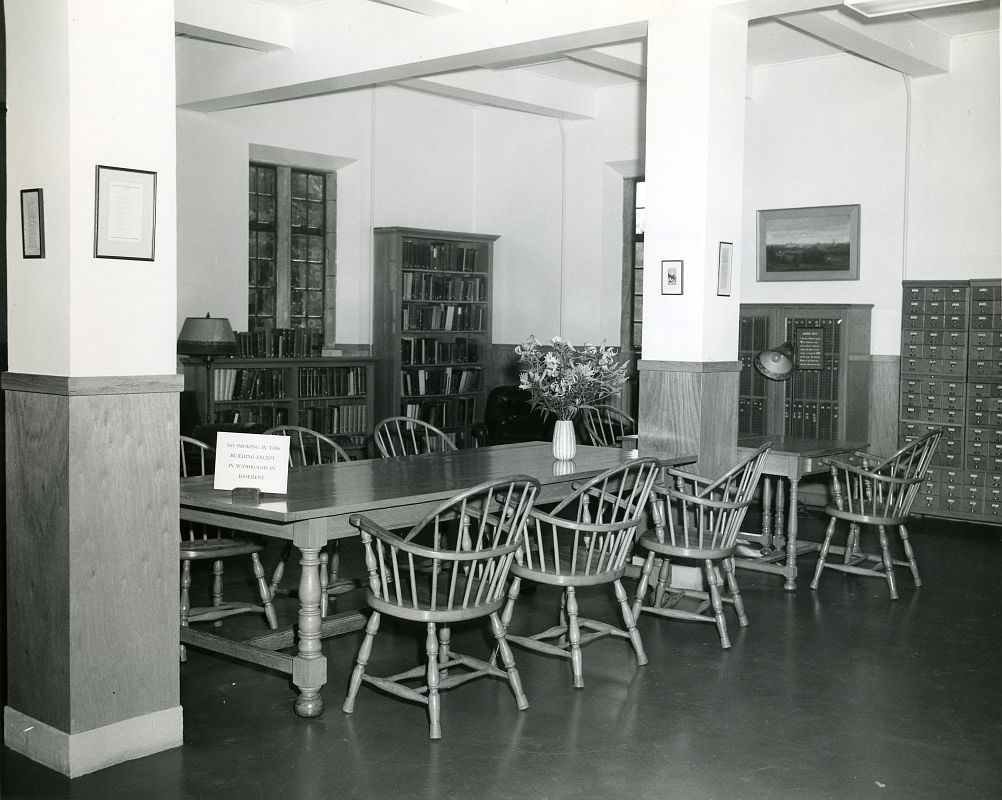 The room was moved to a new location after the library extension of 1960.