Information about the Our Picks author reading series hosted by the R.P. Bell Library in 2018-19 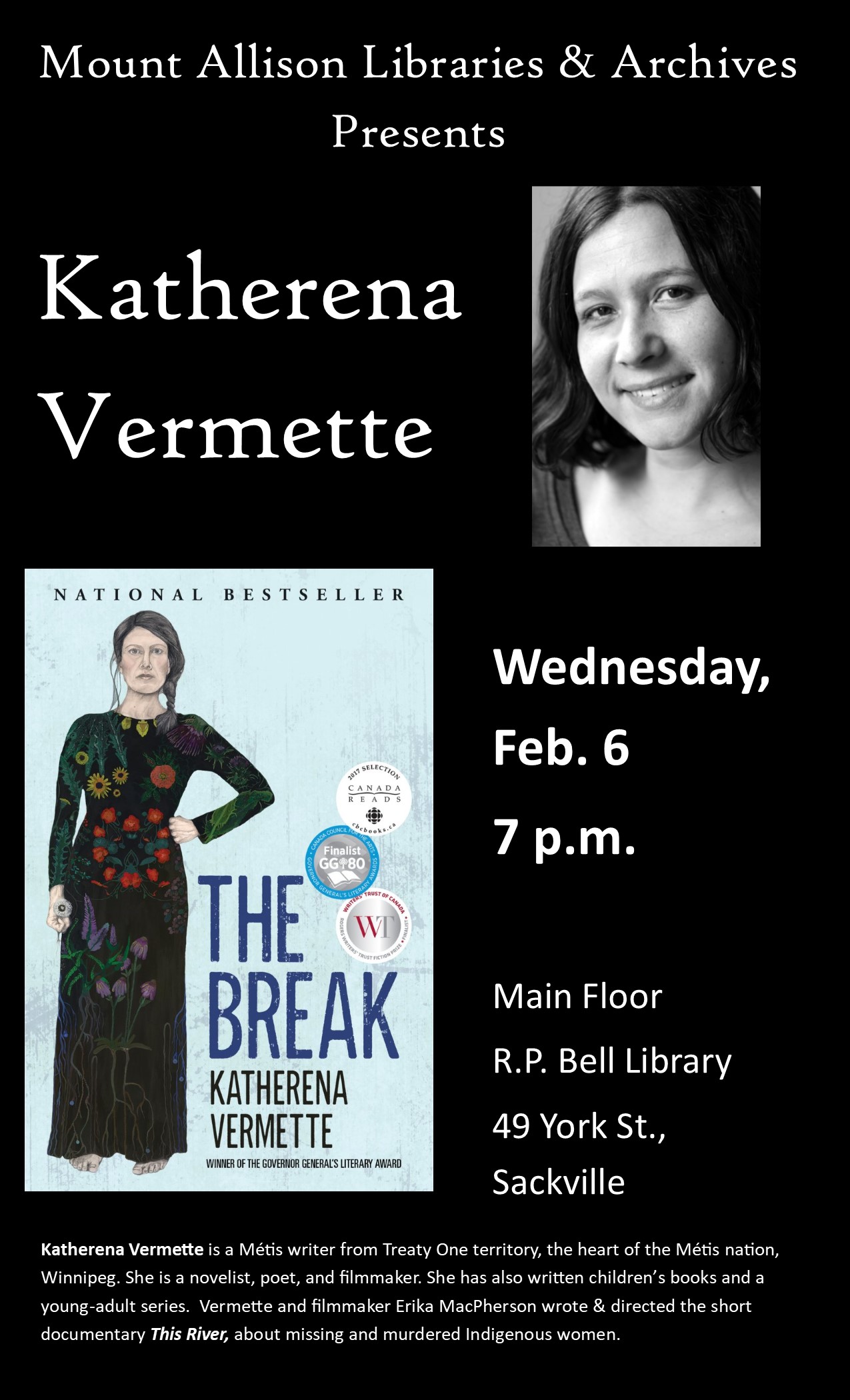 The Our Picks author series welcomes Katherena Vermette, award-winning novelist, poet, and filmmaker, and author of The Break. Vermette will speak at 7 p.m. on Wednesday, Feb. 6 on the main floor of the R.P. Bell Library.

The following day, she'll join filmmaker Erika MacPherson in the Owens Art Gallery at 4 p.m. for a screening of This River, their short documentary that provides an Indigenous perspective on searching for a loved one who is missing.

Vermette is a Métis writer from Treaty One territory, the heart of the Métis nation, Winnipeg. Her first book, North End Love Songs, won the Governor General's Award for Poetry. Her first novel, The Break, won several awards including the Amazon.ca First Novel Award and the Burt Award for First Nation, Inuit and Métis Literature. 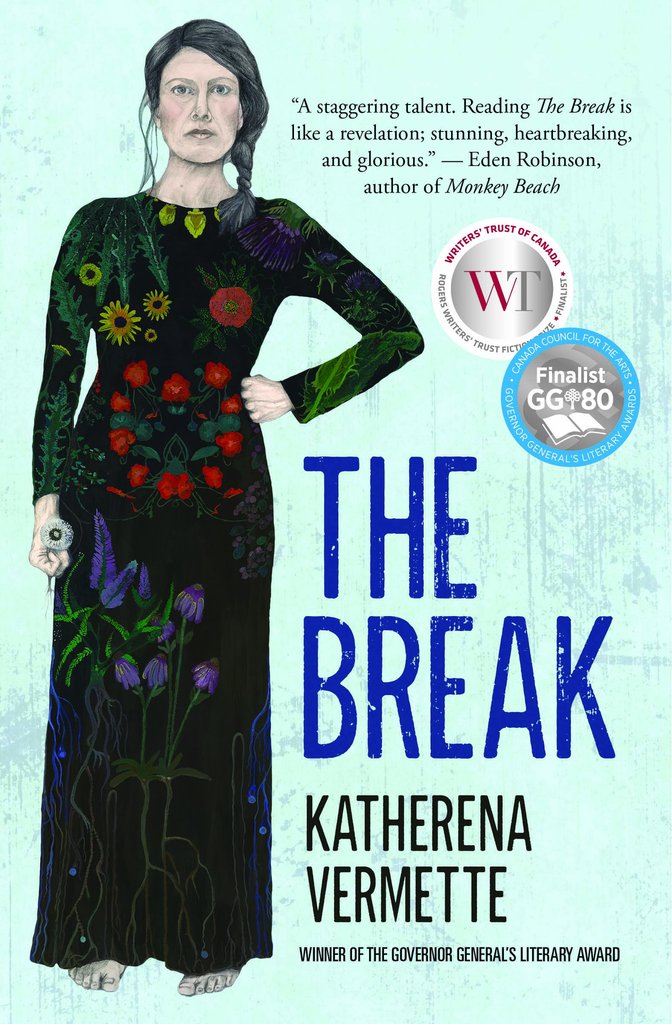 The book begins with Stella, a young Métis mother who witnesses a violent incident on the Break, the barren field near her house in Winnipeg. What follows is an intergenerational family saga about Stella's extended family and the lives of people in Winnipeg's North End. Vermette will discuss her books and the issues surrounding them. She has also written children's literature and a young-adult series.