Your access to your library account is expiring soon, and you will be not eligible for Document Delivery Service. To continue to have access to the library services, you must reactivate your account. For this purpose, click the web address below or copy and paste it into your web browser. A successful login will activate your account and you will be redirected to the library homepage.

"This email is completely FRAUDULENT. If you receive it, delete it immediately," the Computing Services Department said in an e-mail sent to students, faculty and staff.

"The only time you will be asked for account information is when you initiate contact with the Helpdesk. Helpdesk staff may ask you for some specific information to verify/confirm who you are before resetting your password or making any other account changes." 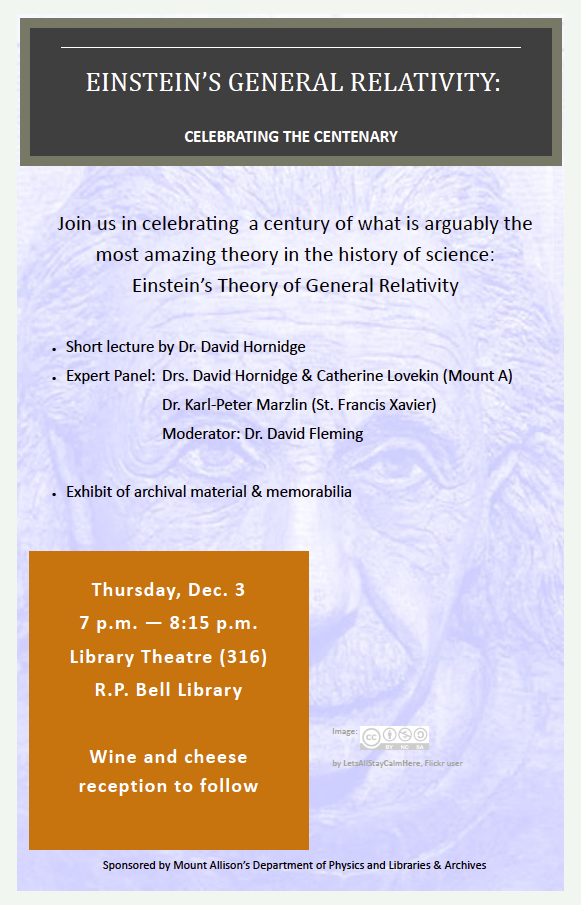 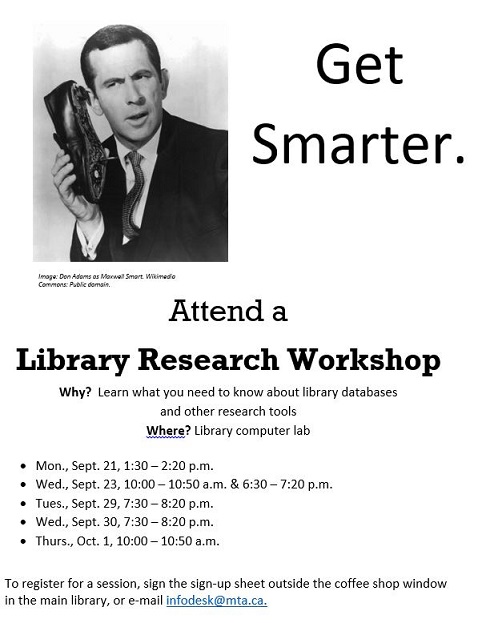 Mount Allison is a lot different from the other universities Ruth Collings has known well as a student and a librarian -- McMaster, York, Dalhousie. "The size is interesting for me. People say 'hi' to each other on the street," says Ruth, who joined the library in July as Mount A's new science, systems and data librarian.

﻿At York, Ruth worked as a Web Librarian in 2013-2014, also serving as subject liaison librarian for Chemistry. She worked for two years as a Reference Librarian at Dalhousie University's Sexton Design and Technology Library, while completing her Master of Library & Information Studies at Dalhousie. As an undergraduate student at McMaster, Ruth studied psychology.

"I've always been interested in science librarianship," says Ruth, whose additional library-related interests are accessibility for library patrons with disabilities, and technology. As a certified Software Carpentry instructor, Ruth has attended and taught workshops on computer programming.

"It's useful programming, as opposed to learning programming for the sake of programming," she says of the Software Carpentry workshops. "It's on my list of things I'd like to get started here. There are lots of things on my list."

We encourage faculty and students to contact Ruth at rcollings@mta.ca. ♦ 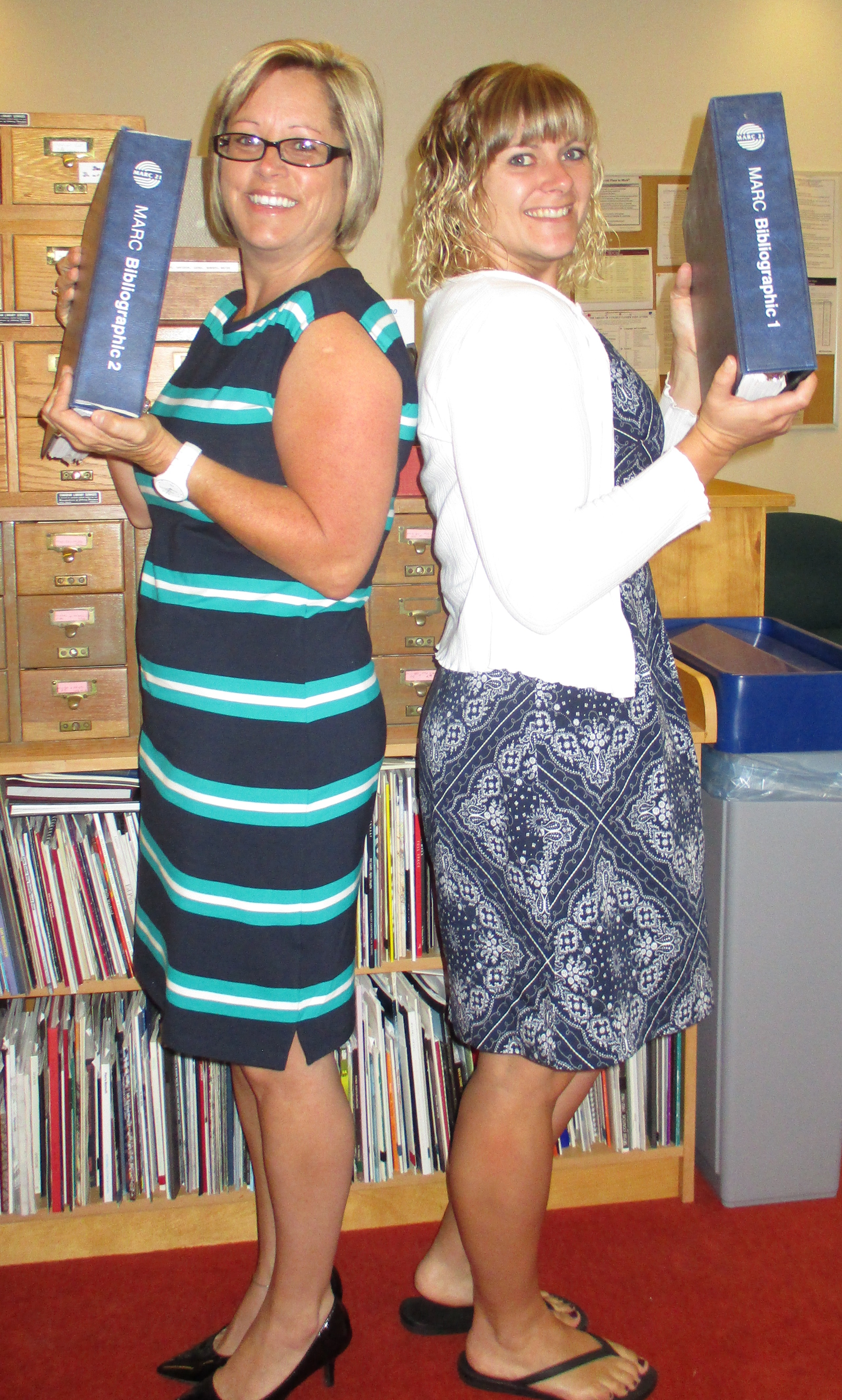 Cataloguing, like editing or food inspection, is the kind of work nobody notices until it goes wrong.

"It's very behind-the-scenes stuff requiring accuracy and consistency," says Roseanna Terrio, who joined the library as a cataloguer in July.

"Without our work, you wouldn't be able to find the material you want," adds Alana Estabrooks.

Alana, who has worked as an acquisitions and cataloguing assistant in the library for the past 12 years, was promoted to the role of full cataloguer in July. Roseanna, who has had a 26-year career as a library technician in the public and school library system, was awarded the library's second cataloguing position.

So, what exactly do cataloguers do? They create metadata -- "data about data" -- to describe every item in the library. Those subject headings and other descriptors are then searchable through the library's Online Public Access Catalogue (that's "the OPAC" in library-ese). It's a job that requires a lot of attention to detail, knowledge of professional standards, and problem solving, since many items are not straightforward to classify and catalogue.

You'll find Alana and Roseanna working their magic in the library's Technical Services department on the main floor.  ♦ 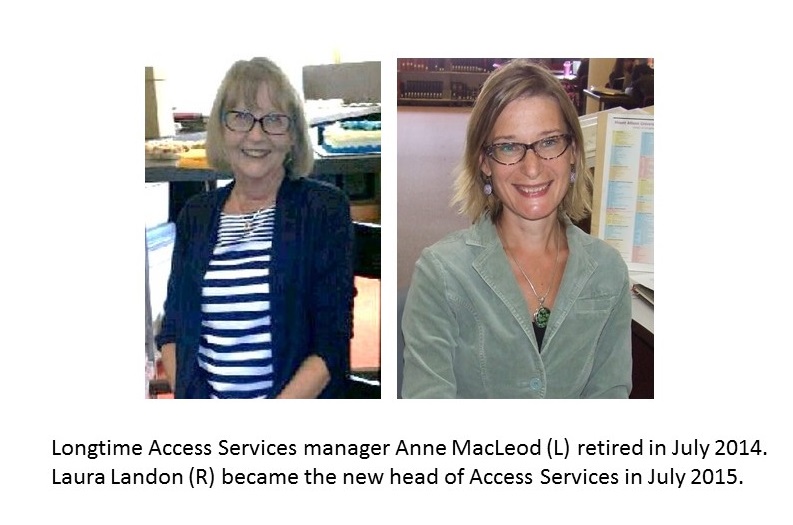 When Anne MacLeod began her part-time job in the R.P. Bell Library in 1979, she earned $3.15 per hour and was responsible for keeping order in the stacks. Two years later, she graduated from Stacks Assistant to full-time Interlibrary Loans clerk -- a position that earned her the thanks and admiration of faculty and students grateful for her successful sleuthing and efficient delivery of resources not held in our library. Anne was appointed head of the Access Services and Interlibrary Loans department in 1999, and served in that capacity until her retirement in 2014.

In July 2015, Laura Landon was hired as the new head of Access Services and Interlibrary Loans. Laura worked from 2013 to 2015 as a Public Services Librarian in the Mount A. Libraries, filling in for librarians on sabbatical. Before coming to Mount A, she worked as a high school librarian in Parrsboro, NS. A former journalist and editor, Laura also taught copy editing for seven years at the University of King's College School of Journalism. She is looking forward to her first academic year with Access Services, and she begs everyone to follow @MTA_Libraries on Twitter. ♦ 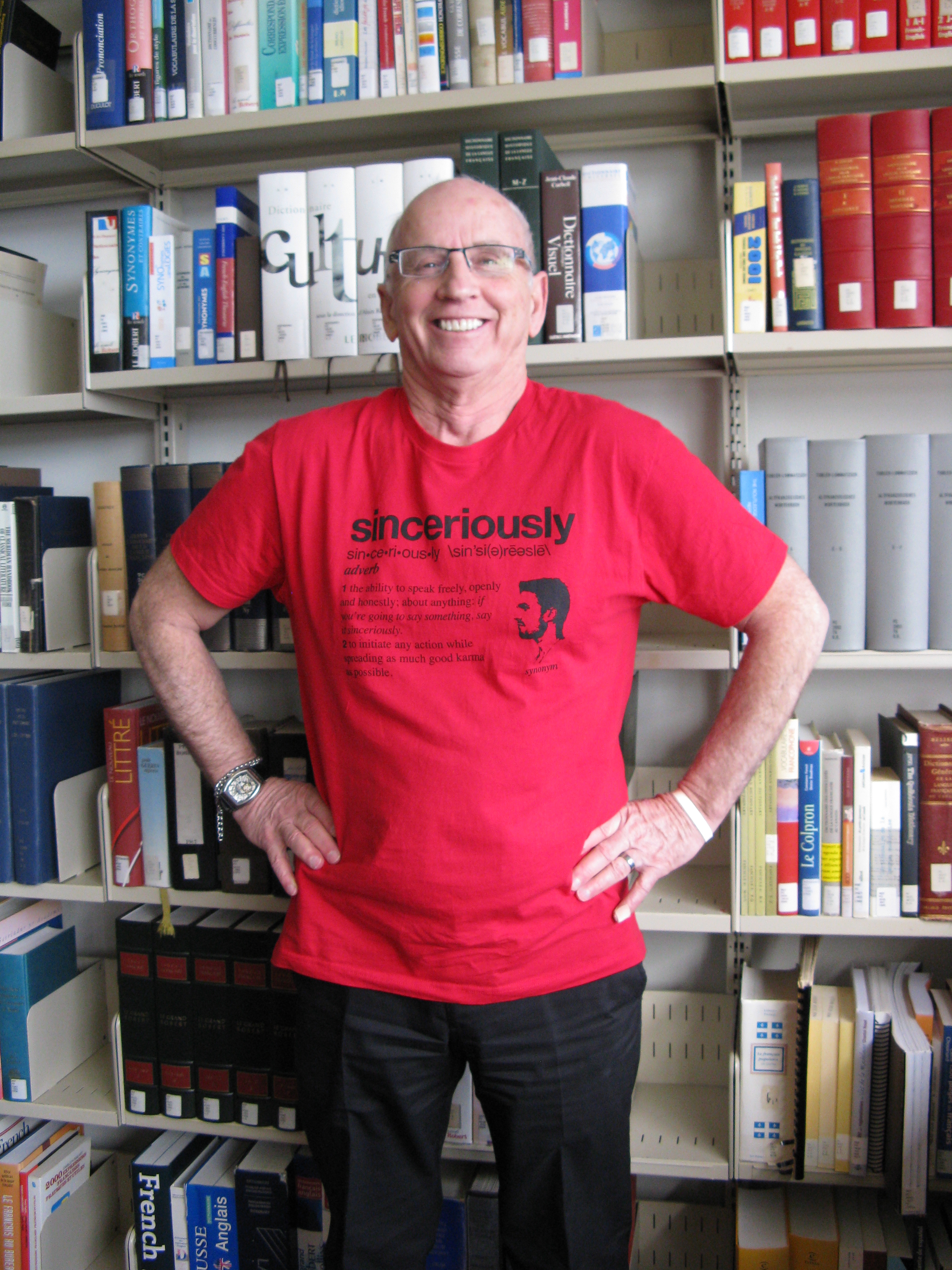 Brian McNally was cleaning out his desk in the R.P. Bell Library when he stumbled upon his letter of employment offer from 1984. The job? Science and Government Documents Librarian. The pay? A quantity that makes Brian laugh today, even after using the Bank of Canada's inflation calculator. Still, he accepted the job.

At the end of the 2014-2015 academic year, Brian retired after 31 years' service as a Science librarian and, since 1994, the library's intrepid Systems librarian, overseeing the wires and the zeros & ones that make our resources findable and put them into circulation.

Brian was the library's go-to person for all things computer-related. He came to Mount A after nearly 10 years as a secondary school science teacher, including work in Malawi, where he met his wife Hannah, who has worked in the Mount A Music Library since 1992. Brian holds master's degrees in Mathematics and Library Science, as well as a Bachelor of Education and a Bachelor of Science. We wish Brian and his excellent T-shirt (photo, left) a fabulous retirement. Sinceriously.

Elizabeth Rogers once said she planned to work at Mount Allison for just two years, 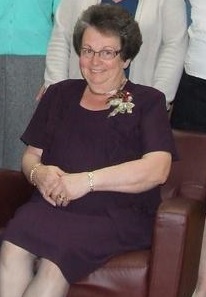 but she ended up staying for 48.

"During most of that time she has worked in the Library and has become the Library’s fount of knowledge, our walking and talking encyclopedia of library history, and our go-to person in any attempt at defeating the well-known catch phrase 'It’s just the way we’ve always done it'," said Technical Services Manager Anne LePage at the employee recognition ceremony where Elizabeth's family and colleagues gathered to honour her remarkable years of service.

The "end of an era" theme continued with three additional notable exits from the libraries in 2014-2015. Pat Cole, who worked as a cataloger alongside Elizabeth Rogers, retired after more than four decades at Mount Allison. Pat joined the library in 1972 as a Technical Services Assistant, and remained in that department until her retirement in November, 2014. Over the course of her career, Pat studied accounting and descriptive cataloguing. She developed specialized expertise in the cataloguing of government documents. The R.P. Bell Library has an extensive collection of government documents, some of which date back to the 1700s. Pat began coding government documents in the 1970s, and continued cataloguing these materials until her retirement.

Linda Musgrave, who worked alongside Pat Cole and Elizabeth Rogers as a cataloguing assistant, also retired at the end of this past academic year. Linda came to library work through a route that served the library well. A dietician and former director of nutritional services for a hospital in PEI, Linda suspended her career in the 1980s to raise a family. When she returned to the paid workforce in the 2000s, Mount Allison benefited from her carefulness, research skills, patience, and kindness. Linda joined the library in 2007, and retired along with her husband Bart Musgrave -- head of procurement at Mount A -- this summer.

And finally, Margie Slemming, who joined the library in 2007 working with both interlibrary loans and behind the scenes with Technical Services, resigned from her position in 2015 to pursue other work. Margie's energy, humour, and great competence helped make the library operate smoothly.

With these skilled staff members went 138 combined years of institutional experience and knowledge. Brian, Elizabeth, Pat, Linda and Margie: We thank you for your years of excellent service and your generous contributions to the library and the Mount A community. We miss you. ♦