All the World's a Stage: Welcome

A virtual exhibition celebrating the history of Drama at Mount Allison University.

Welcome to this virtual exhibition, which pays tribute to the longstanding tradition of drama at Mount Allison University.

The history of dramatic productions at Mount Allison likely dates back to its founding. As early as 1875 “literary entertainments,” often presented by faculty, were referenced in the student newspaper. These entertainments generally took the form of dramatic readings and were presented as part of the "closing exercises" or convocation program at the end of the year.

Early drama at Mount Allison was fostered by the Mount Allison Ladies' College department of Reading and Elocution. The strong music program at the Conservatory included "training in the essentials of Expression, Physical Training, Respiration, Vocal Culture, Articulation, and the Laws of Analysis and Syntheses governing Expressing Speech." Oratory classes produced playlets and pageants which stimulated further interest in drama.

At the turn of the century, it became customary for students of the University to present an annual college play. In the absence of a proper theatre on campus, the annual dramatic performances were for many years staged in the Imperial Theatre in town. Throughout the 1920s, Miss Ida M. Leslie, a graduate of Emmerson College of Oratory and lecturer at the Ladies' College, produced and directed plays on campus. A "College Night" was held each year and during the summer break the Mount Allison College Players toured the Maritime Provinces. Plays such as "Stronghearts," "Daddy Longlegs," "The Charm School," and "Green Stockings" were presented. From 1921-1926 their productions were well-received in communities like Amherst, Parrsboro, Wolfville, Annapolis, Yarmouth, and Lunenburg.

The 1930s saw increased activity in both dramatic and musical theatre, and a number of student societies have promoted the role of drama on campus since, including the Mount Allison Little Theatre Society (1930-1939), the Choral Society (1932-1960), the Mount Allison Players (1939-1975), Garnet and Gold (1961-present), Windsor Theatre (1971-2014), Tintamarre (1974-present) and, more recently, the Motyer-Fancy Theatre (2014-present). The teaching of drama became more formalized in 1975 with the appointment of Arthur Motyer (1925-2011) as the first director of drama. Motyer was instrumental in the establishment the Drama Studies program.

Subsequent pages chronicle this history and include photographs, lists of group members and productions, playbills, and set and costume designs. The Mount Allison University Archives is pleased to present this virtual exhibition, and we hope that you will enjoy learning more about this important piece of our institution's history. 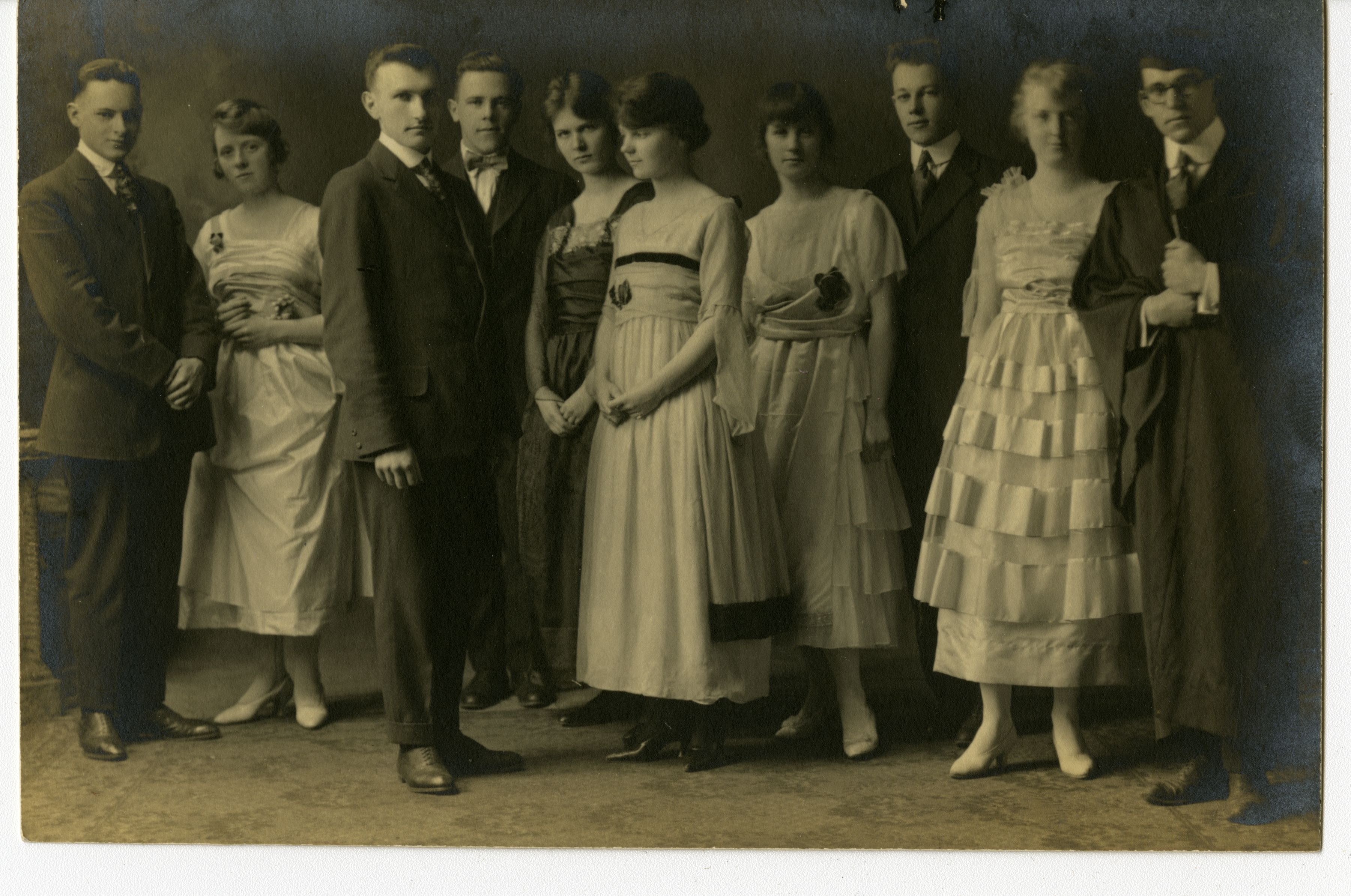 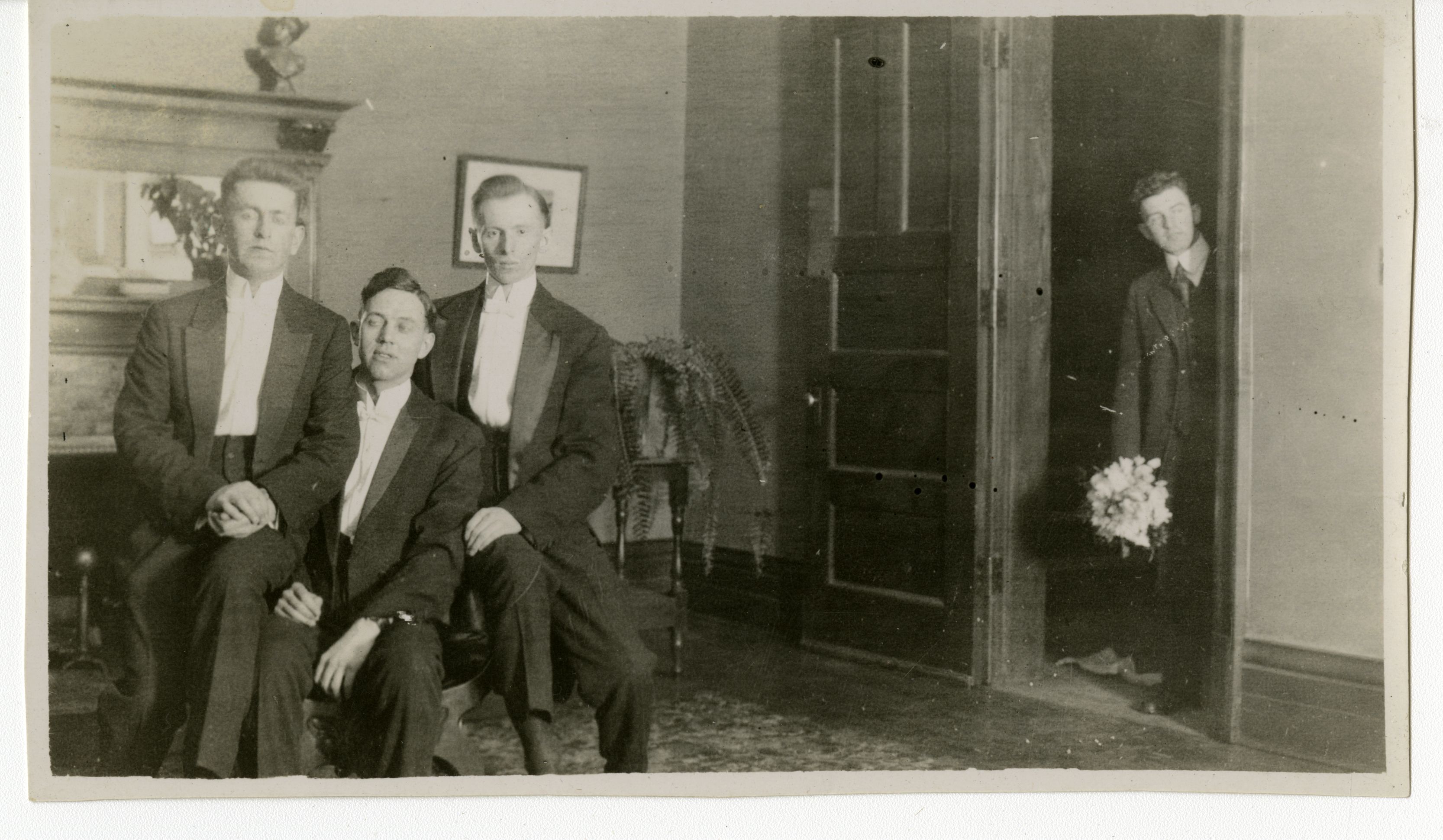 Possibly members of the cast of Strongheart, 1921 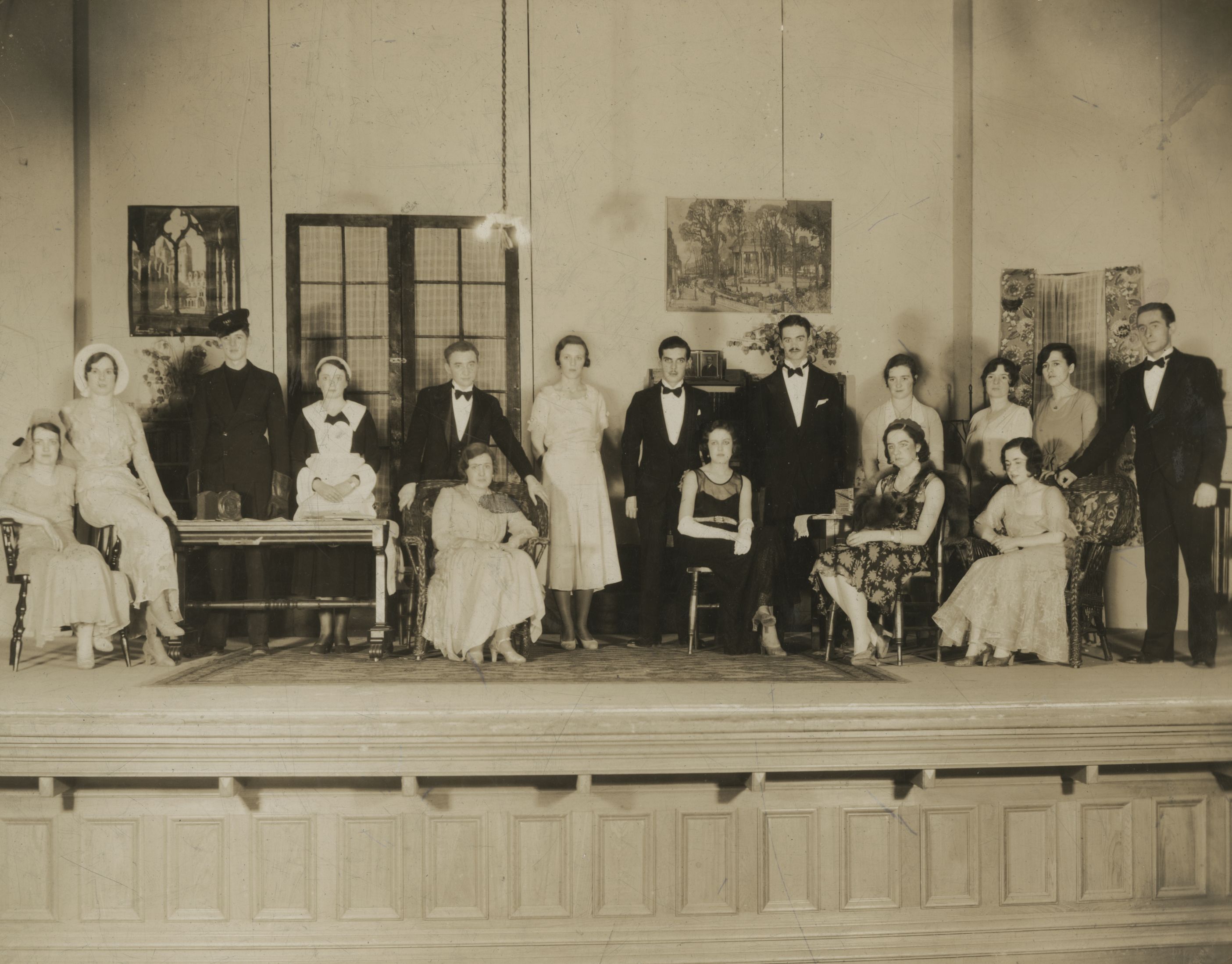 Cast of the Senior Class play production of The Whole Town's Talking,  1932 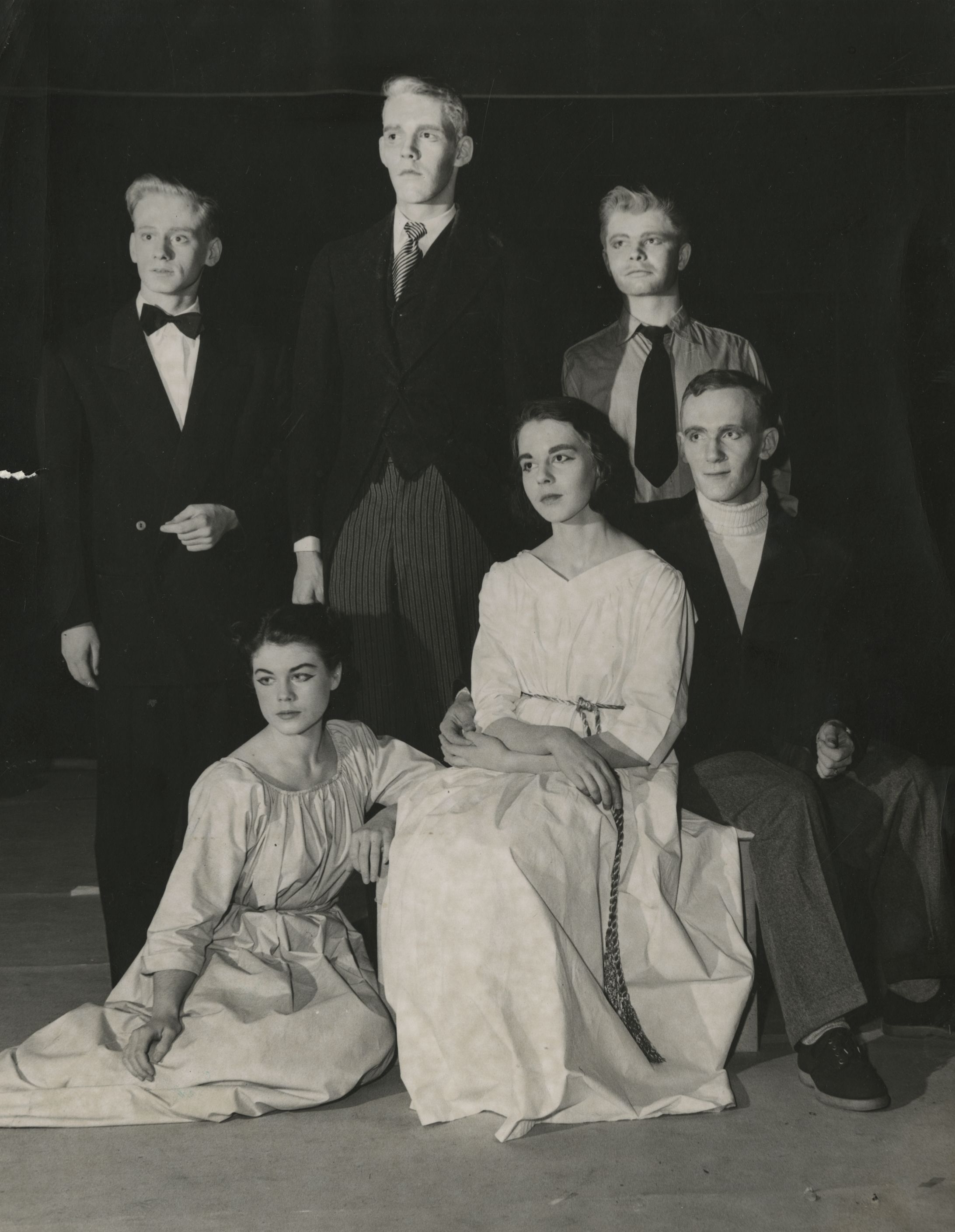 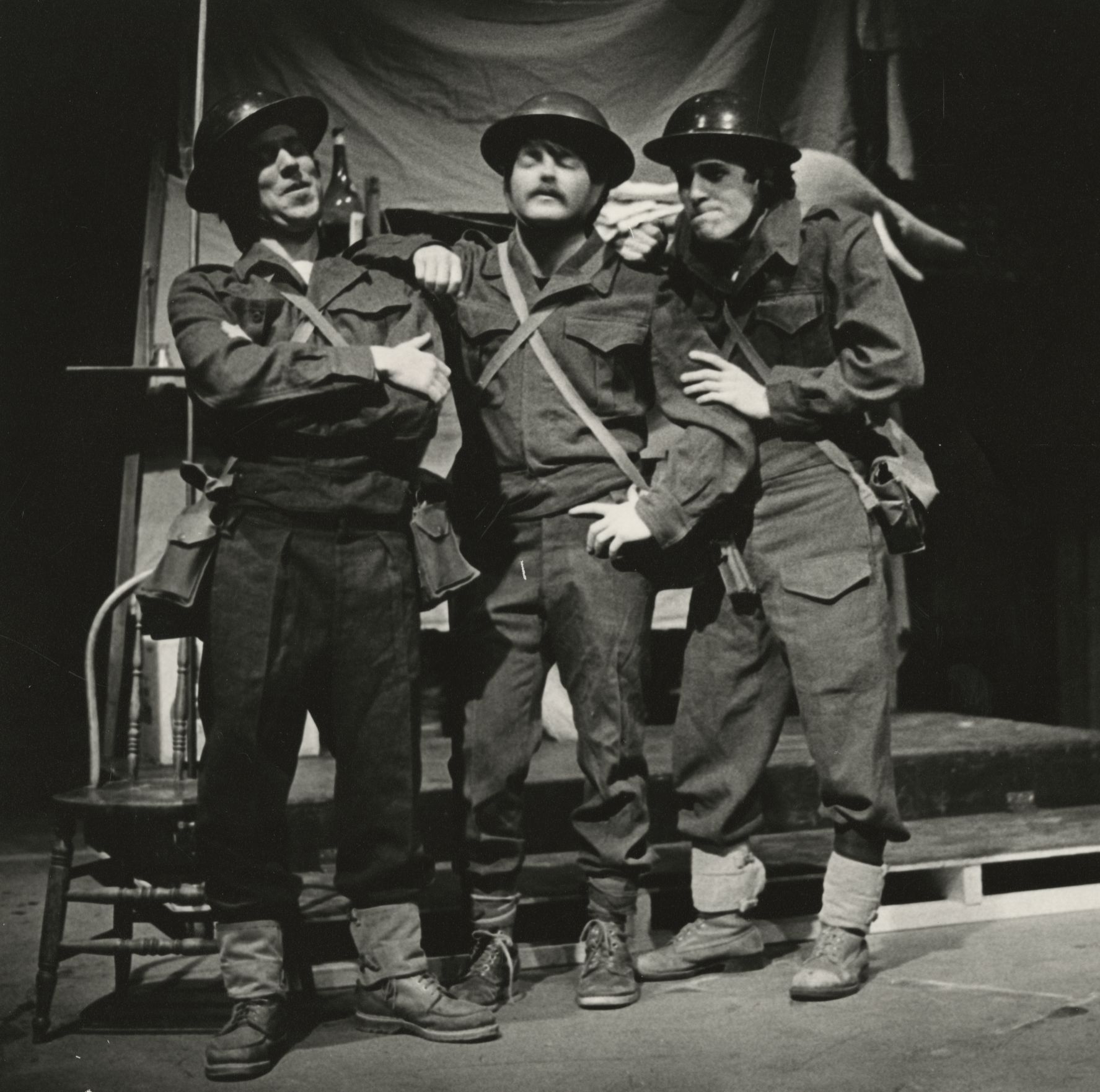 Cast members of A Man's a Man by Bertolt Brecht, March 1978 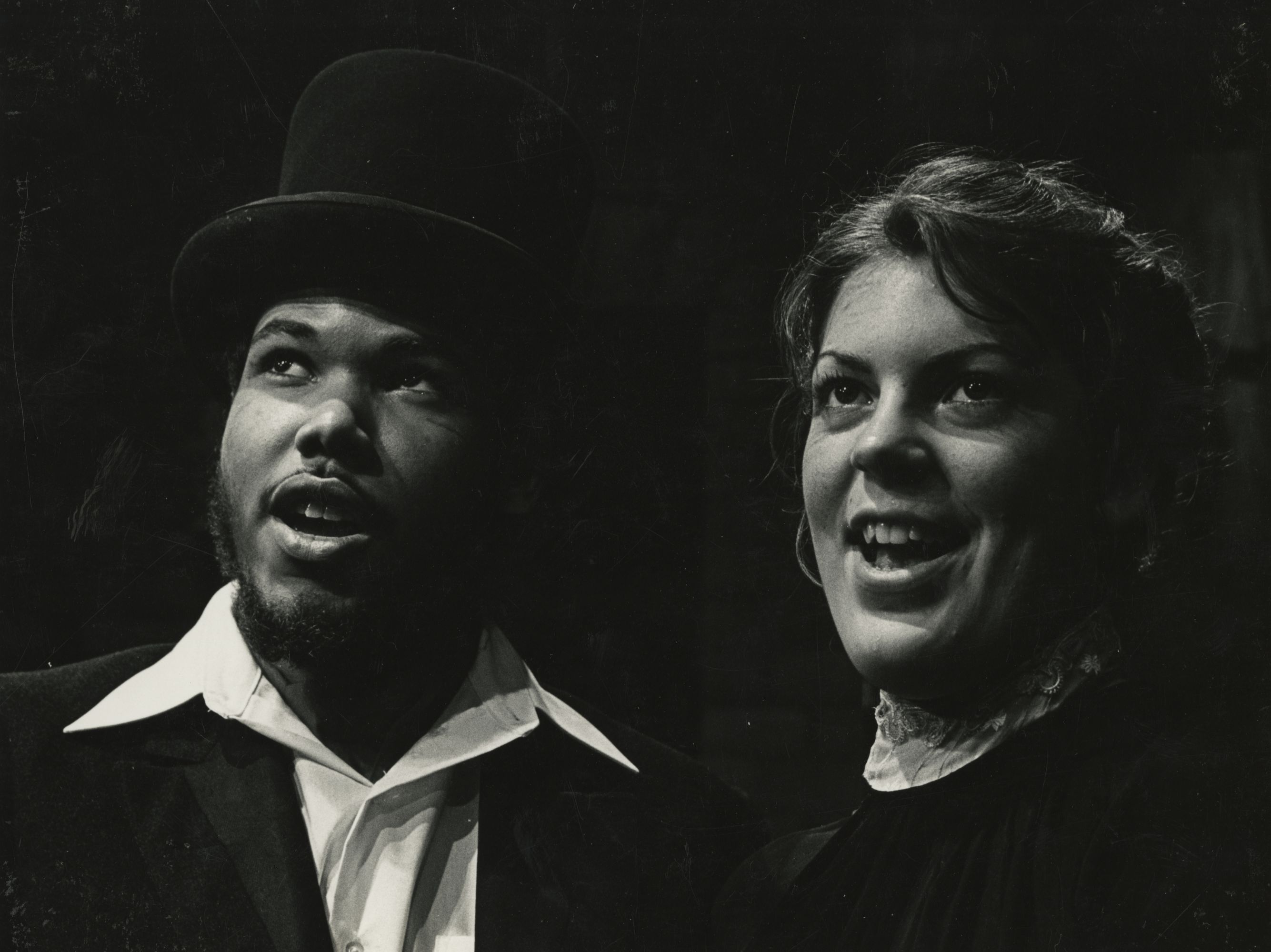 Cast members of The Threepenny Opera by Bertolt Brecht, December 1980 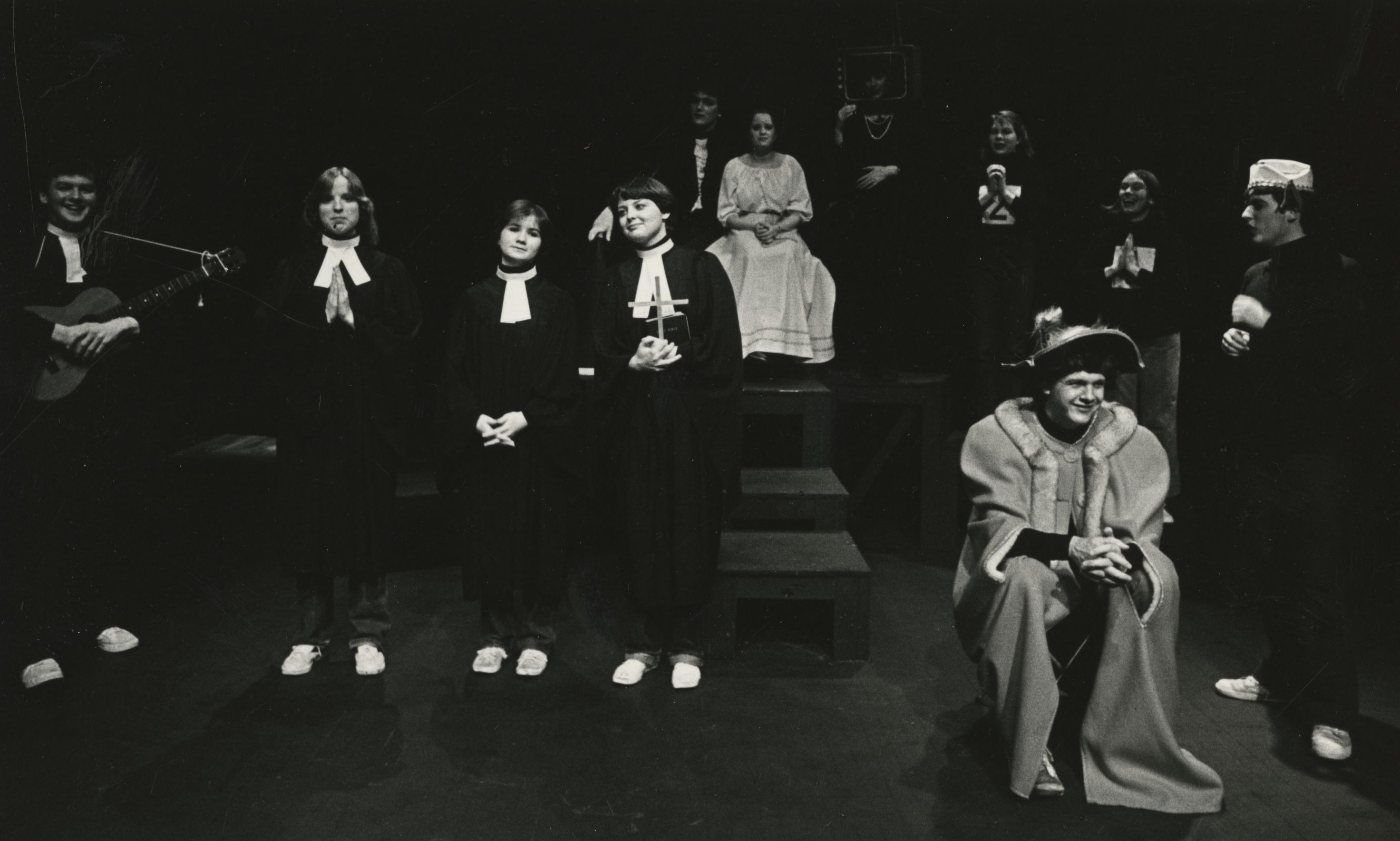