Pages through the Ages: A History of Mount Allison's Libraries & Archives: Archives

Prior to the opening of a University Archives in the new Ralph Pickard Bell Library, archival material had been saved in an ad hoc way through the efforts of administrators, faculty, alumni and benefactors.  Just before the Memorial Library was about to open in 1926, a Memorial Library special edition of the alumni magazine reported on facilities to be assigned for archival material:

“On the first floor the two main rooms are special libraries. The one on the east will contain the records of the men who gave their lives overseas, and the documents, books and other valuable archives of the Maritime area of the United Church. This material has been accumulating for many years, and it is fitting that at Sackville in the Library of the Church Colleges, adequate space should be provided for these priceless records….” [1]

But as the holdings of the Memorial Library grew, the space originally allotted to archival material was appropriated for books. Archival records were then placed wherever room could be found. In 1948 President W. T. Ross Flemington, in making a case for an expansion to the Memorial Library, argued that the archival records “are now inadequately housed in the Board Room [of the Memorial Library] and the Vault.”  He expected that “[v]ault material would naturally be transferred to cases in the new Archives Room…”.  Although the Tweedie Annex to the Library was opened in 1960, it appears that space for archival material was still an issue. In 1962, Ken Homer noted that he had spent four days doing research in the library and that “[i]t soon became obvious to me that Mount Allison very badly needs a historian and archivist.  There is a great deal of material, but it’s scattered hither and yon…The work that has been done in [identification] has been insufficient and sporadic, the spare-time effort of librarians and professors. There hasn’t been enough spare time.” [2]

By the time the Methodist/United Church records were transferred to the Pine Hill Divinity College archives in 1968, a significant volume of records relating to the three Mount Allison institutions had been collected, primarily due to the interest of R. C. Archibald.

As the planning for the new Ralph Pickard Bell Library began, the University Librarian Eleanor Magee requested funding for a librarian with responsibilities in the Archives as well as Special Collections. She also asked that 500 sq. ft. be assigned on the third floor.  About the same time, President Cragg established the Committee on the University Archives, chaired by Professor George Stanley.  This committee produced a report recommending that an Archives Section be established and space for it be found immediately.  Therefore, upon the opening of the new library, the Archives was given two spaces – an office on the third floor and a storage area in the basement.  A standing Archives Committee was also formed.

Librarian Lynne Owen had worked in the Memorial Library as a cataloguer, but upon the opening of the R. P. Bell Library was appointed Archivist and Special Collections Librarian. She served in this capacity until 1971 when for personal reasons she requested part time work. The two functional areas were separated and Owen was assigned responsibility for the Archives while Margaret Fancy became the Special Collections Librarian, also on a part-time basis. Owen recalled [3] that by the time she joined the Memorial Library staff in 1968, the archival material was held in a small locked storage room in the basement and that no one was responsible for it. It was very disorganized – just placed in the room in piles.  It became Owen’s task to get this material sorted, identified, organized and accessible to researchers. There was local history material; records from specific individuals, families and businesses; photographs; faculty publications; and theses.  The task was shared by an Archives Assistant when Donna Beal was hired in October 1977. By the time Owen resigned in 1982, she had developed procedures, and she and Beal had most of the material organized and indexed.

In 1981 Hugh Taylor, Provincial Archivist of Nova Scotia, was hired to report on the role of the Mount Allison University Archives. He felt that the Archives was subject to the constraints and priorities of the Library and, therefore, unable to develop in a manner appropriate to the richness of its holdings or its potential for service. He stressed that the Archives should be fully developed in order to function as an “educational laboratory where students may learn not only about a particular subject, but also about the resources available and the techniques for using them.” [4]

Librarian Cheryl Ennals replaced Owen in October 1982, also on a part-time basis. In November 1982 an Advisory Committee on Archives was established with Professor William Hamilton as Chair. The committee identified the roles and areas of acquisition of the Archives and produced an official mandate that was passed by the University Senate on 11 October 1984. This mandate remains in effect to this date.

During Ennals’ tenure little changed with regard to staffing, budget, or space allotment, although as the Canadian archival community professionalized, the processes in the Archives improved according to the new standards. With a stagnant budget but ever-increasing holdings, Ennals and Beal did what they could to increase access to the records and encourage researcher use. Ennals also promoted the need for a records management program on campus.

Beal retired in January 2005, after 28 years, and was not replaced. Upon Ennals’ retirement in 2007 after 25 years, the first professional archivist, Rhianna Edwards, was hired. Edwards oversaw the development and implementation of a web accessible database for archival descriptions in 2008.  This new platform allows for world-wide access to the holdings.  She retired in 2011 and was replaced by David Mawhinney. 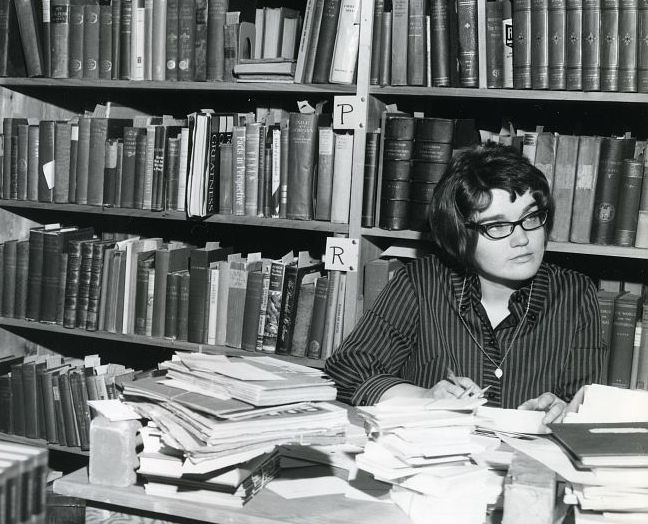 Mount Allison Archives, cropped from Picture Collection, 2007.07/912. May only be reproduced with permission of the Mount Allison University Archives. 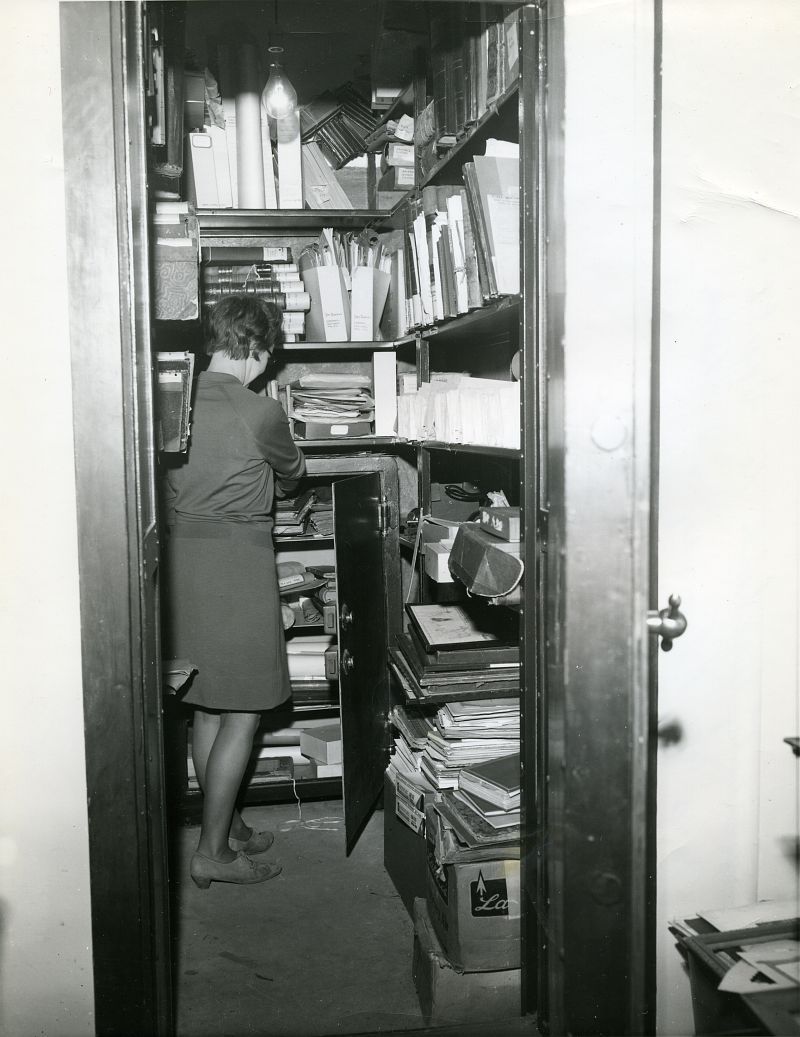 Mount Allison Archives, Picture Collection, 2007.07/910. May only be reproduced with permission of the Mount Allison University Archives. 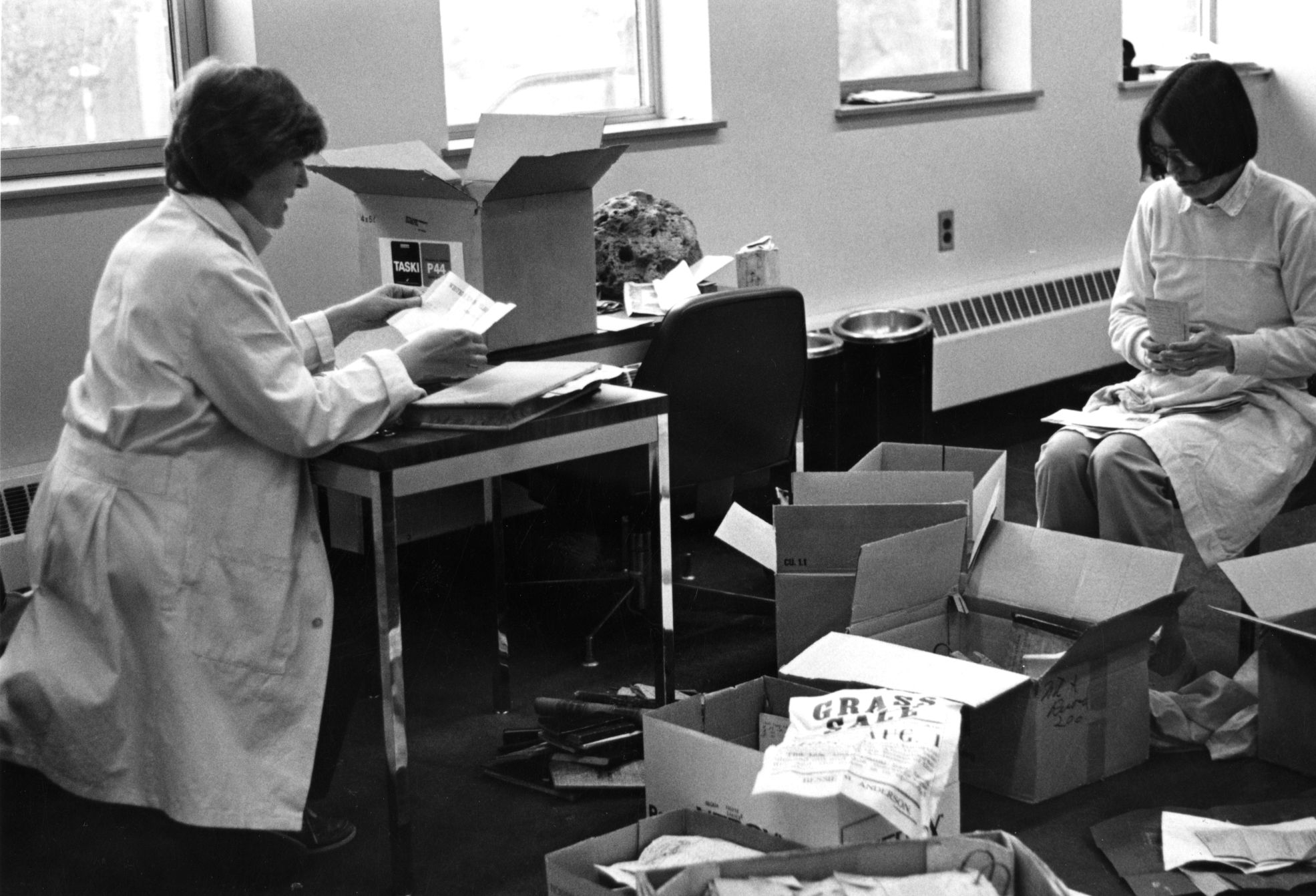 Mount Allison Archives, Information Office fonds, 8005.6/5/63/022. May only be reproduced with permission of the Mount Allison University Archives. 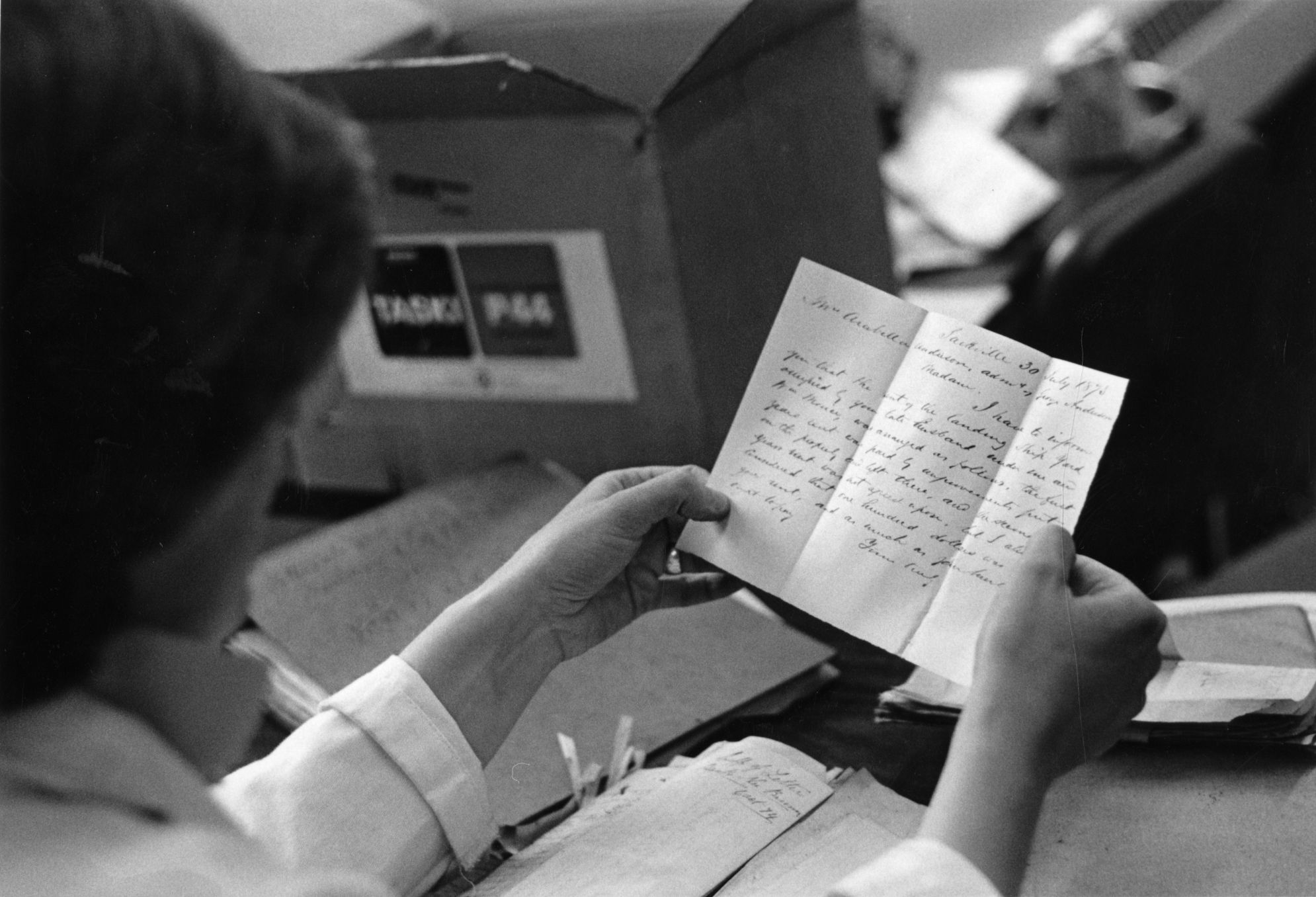 Mount Allison Archives, Information Office fonds, 8005.6/5/63/023. May only be reproduced with permission of the Mount Allison University Archives. 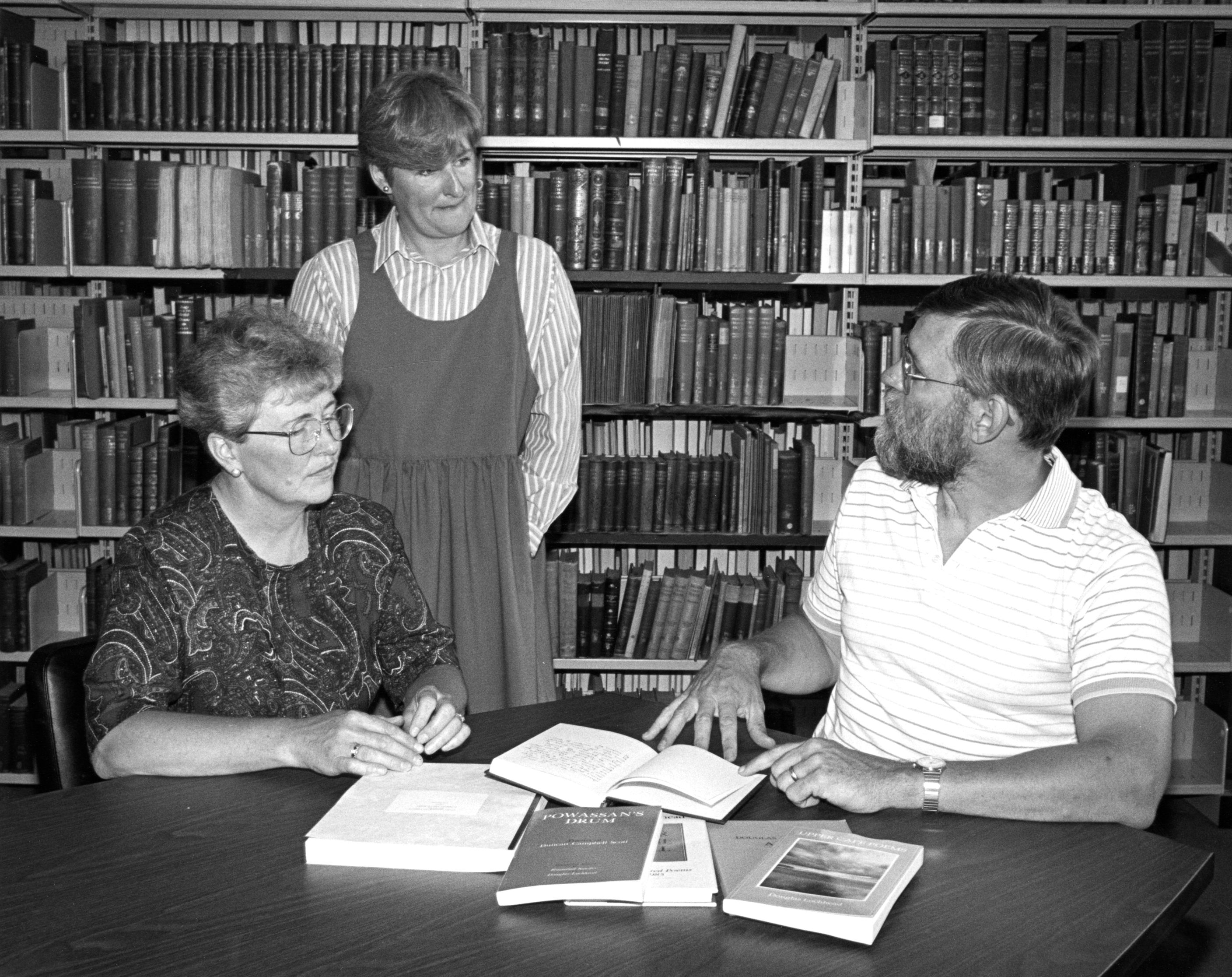 Mount Allison Archives, Information Office fonds, 8005.6/5/63/031. May only be reproduced with permission of the Mount Allison University Archives. 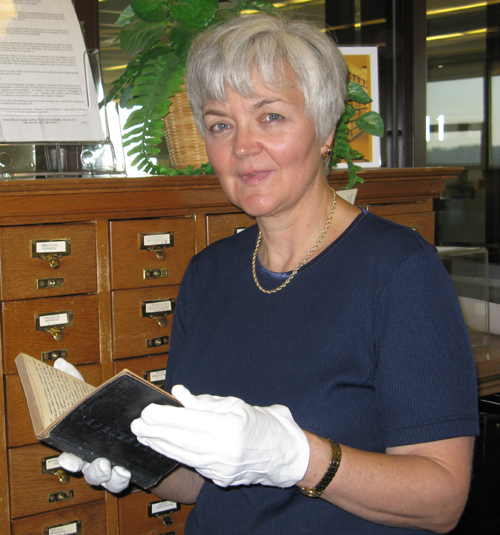 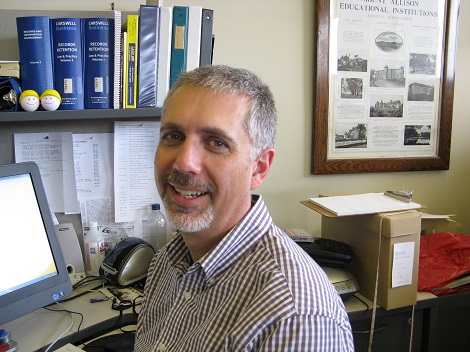 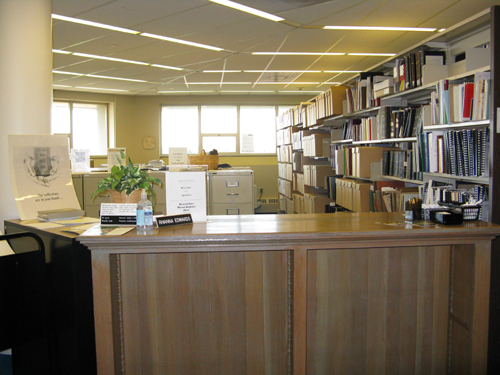 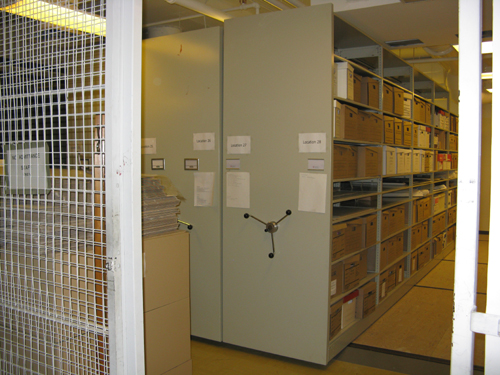