Situated at the upper end of the Bay of Fundy, straddling the modern-day border between the Provinces of New Brunswick and Nova Scotia, the Tantramar Marshes area forms one of the largest tidal saltmarshes (20,230 hectares) on the Atlantic coast of North America. The marshland zone consists of broad expanses of flat lowlands. Barely above mean sea level, the marshes exhibit deep silts deposited by centuries of tidal flooding. Flanking and interspersing the marsh are pronounced upland ridges that rise some 30-50 metres above the marshes. The low elevations and the long history of tidal flooding of the marsh floor also mean that natural drainage is poor, creating shallow lakes and bogs, some of which carry an extensive cover of sedges and expanses of tree cover such as hackmatack (Tamarack or Eastern Larch). Slow moving, deeply incised, meandering rivers form an important part of the landscape, all of which provides a rich and productive habitat for wildlife and the great populations of migratory birds that stop on the marshes as they fly between summer habitats in Northern Canada and winter habitats in more favourable climate zones to the south. The grasses that dominated the marshes before they were replaced by European settlers were necessarily salt tolerant species such as cord grass (Spartina altinaflora) which formed a growth pattern that bound the silty soils tightly together, stabilizing the surface against excessive erosion. Within the tidal zone on the seaward edges of the marsh and in the lower tidal reaches of the streams flowing from the marsh, the exceptionally high tides characteristic of the Bay of Fundy produced a remarkable nursery and habitat for many species of freshwater and estuarine life. 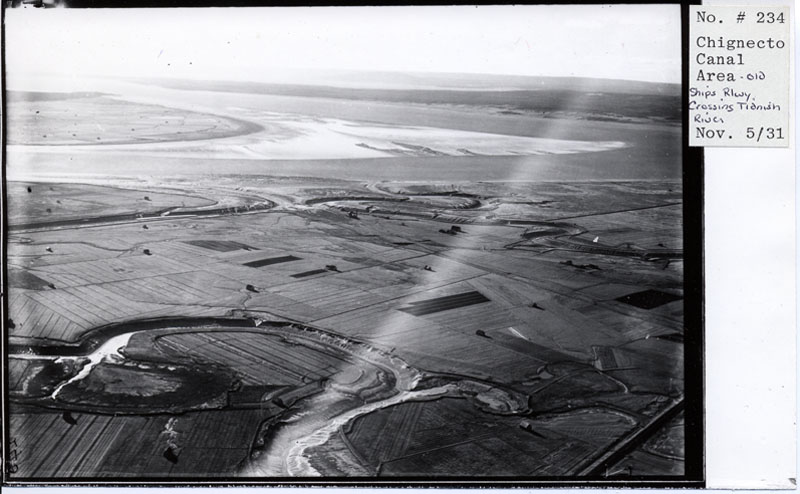 This photo does not show the Tidnish River as noted in the description, rather it looks westward over the La Planche River in the foreground, and shows the Missaguash River in mid photo, the Elysian Fields in the upper left, and Wood Point, NB in the upper right on the far shore of Cumberland Basin. In addition to showing the great sweep and openness that is characteristic of the marsh landscape, one can also see the meandering and incised nature of the rivers where they meet the sea. Of particular interest is the human induced “surface topography” of the fields, showing the drains and crowning of the surface that farmers created to ensure better drainage and agricultural productivity. 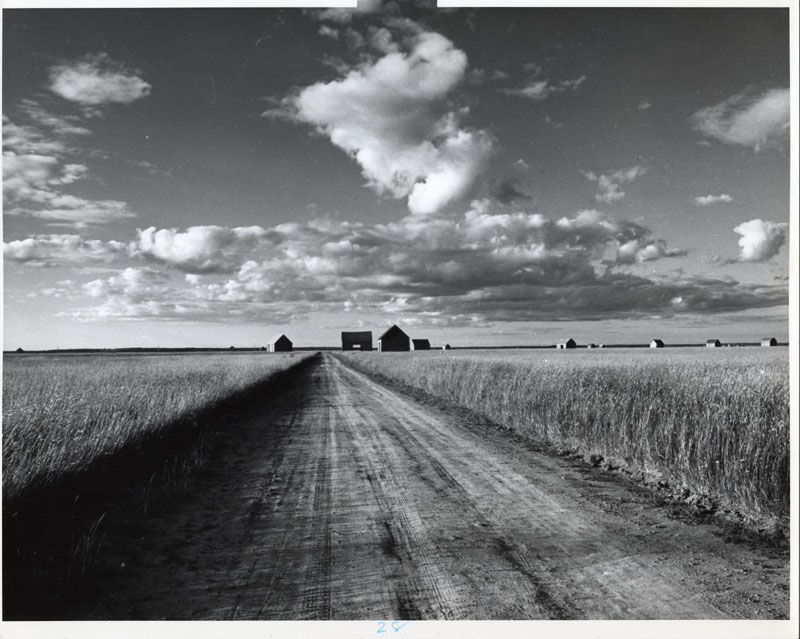 This photograph is probably printed in reverse and appears to be the High Marsh Road looking west. A scene typical of the Tantramar Marshes up to the 1970s, many of these barns have now disappeared. Farmers engaged in the marsh hay economy favoured the use of comparatively small “English” barns as a means to store hay after it was made. Thus these buildings were not intended to fulfill other agricultural functions, such as housing livestock. The hay remained in these barns through the late summer and early fall and was then either loaded aboard wagons, rail cars or trucks for export to cities on the eastern seaboard, lumbering camps and mines, or hauled up to farmsteads on the adjacent ridges for use in feeding livestock over the winter. This practice led to a considerable scatter of these buildings across the marsh in the early 20th-century, most of these buildings being situated beside major or minor roads for ease of access. 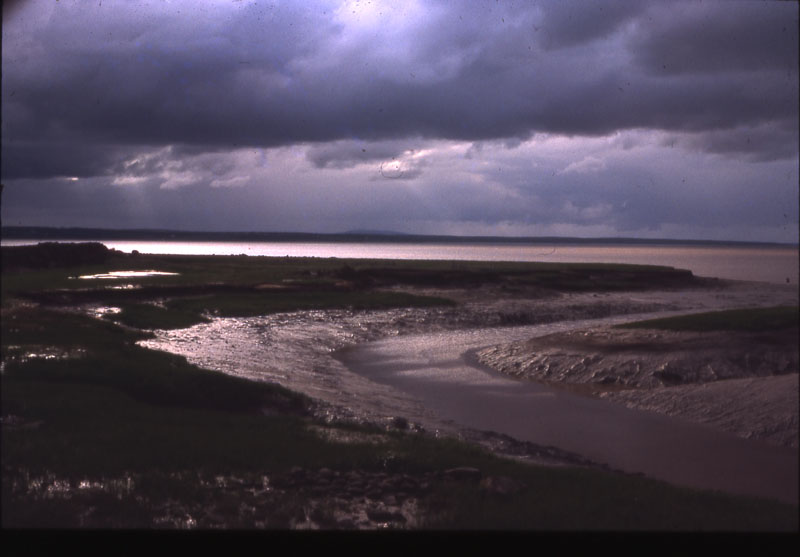 Edward (Ted) Pulford taught drawing and painting in the Department of Fine Arts at Mount Allison University and turned out a large body of watercolour painting of his own in which the Tantramar Marshes and other coastal scenes were featured. His paintings were particularly adept at capturing the changing seasons and moods of the landscape. He took many 35mm slides to serve as studies for his paintings. This image shows one of the rivers of the marsh at low tide, revealing the considerable tidal range that was characteristic of their diurnal flow before the creation of dykes and aboiteaux, which reduced this pattern. The dark sky and brooding clouds foreshadow a storm. Humans living in this locality are able to see the onset of weather events precisely because the landscape provides such a broad and unimpeded view of the horizon. 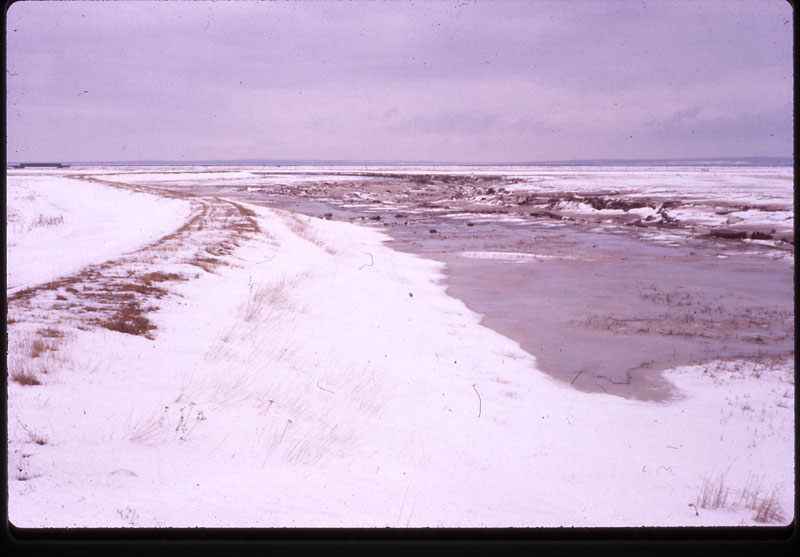 River and dyke in winter, February 1976

A remarkable winter phenomenon visible along the coast and rivers of the Bay of Fundy region is the presence of winter ice that moves about the shore with each tide or which can be thrown up onto the adjacent land surfaces by storms. This scene is typical of this pattern though it does not reveal the embedded red mud that so often characterizes the ice pans or frozen exposed river bed at low tide. Through persistent freeze-thaw cycles the water-landscapes give rise to chocolate-coloured ice sculptures when exposed.