Situated on the east coast of Canada, at the upper end of the Bay of Fundy, straddling the modern-day border between the Provinces of New Brunswick and Nova Scotia, the Tantramar region exists in one of the largest tidal saltmarshes on the Atlantic coast of North America. 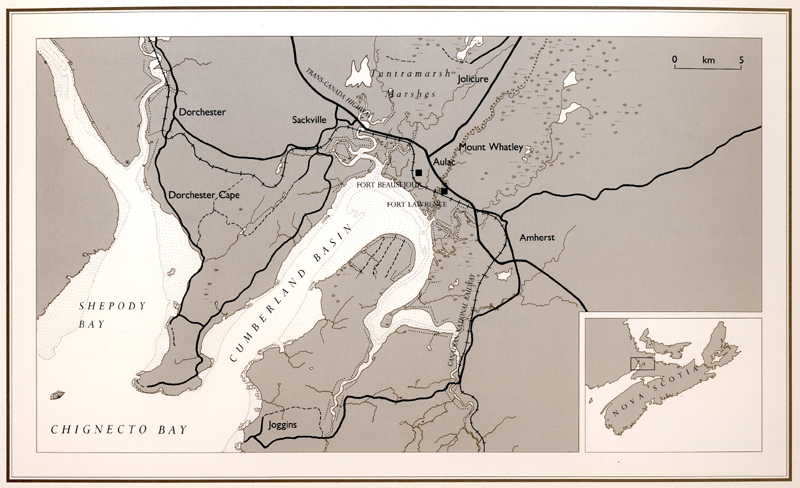 May be reproduced only with permission of Thaddeus Holownia through the Mount Allison University Archives.

Where are the Tantramar Marshes?

Comprising one of the largest areas of contiguous marshland on the east coast of North America, the Tantramar Marshes have been divided into separate areas historically, as displayed in this map. Individually-owned marsh lots were managed collectively as 'bodies of marsh' by the Commissioners of Sewers from the late eighteenth century to the mid-twentieth century. This map shows the general locations of these marsh bodies, using their common names as well as their particular designation as 'sewer districts' in some cases. The urban area of the Town of Sackville developed in the early to mid-nineteenth century immediately adjacent to these marshes, to the west of the Dixon Island Marsh and north of the Lower Mill Creek Marsh. 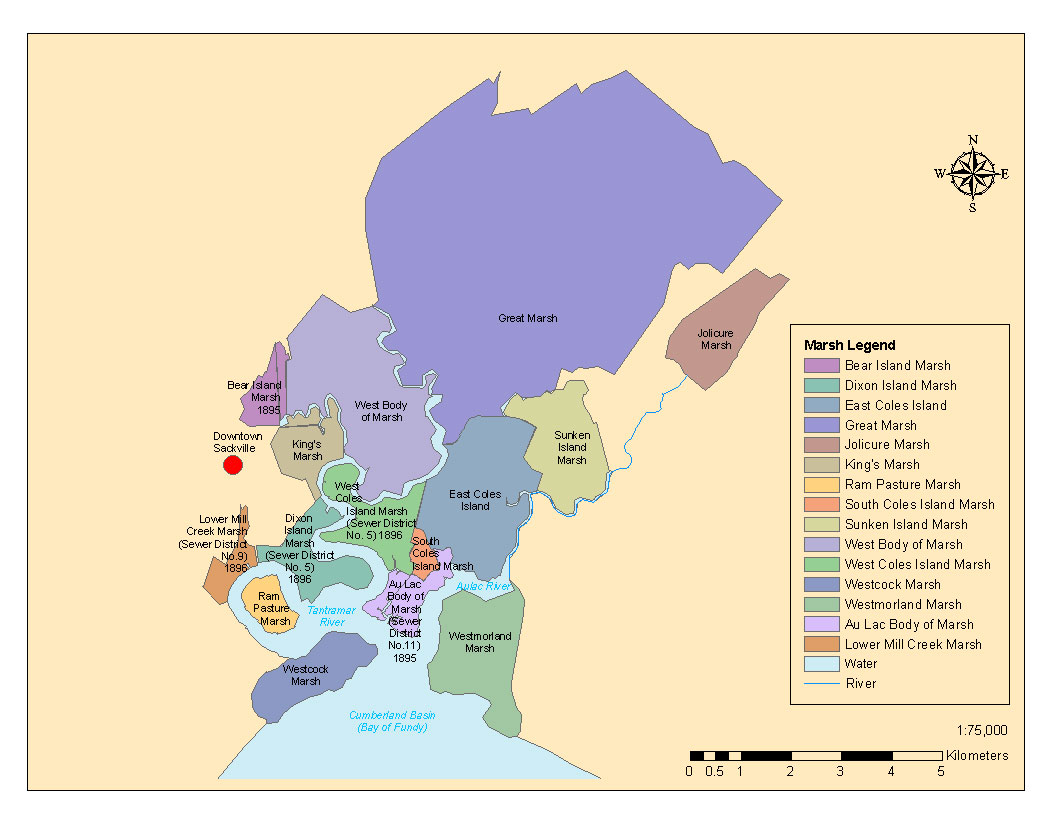 May be reproduced only with permission of R. Summerby-Murray through the Mount Allison University Archives.