Dr. Bell was instrumental in assisting the work of his brother Ralph during the period of his life from 1920 up to the 1950s. Upon his return from Europe after the First World War he was very much involved with Ralph Bell's work in the timber industry. In the latter half of 1920 and first half of 1921 he carried out numerous treks through the woods of southwestern Nova Scotia, visiting camps and checking the stands of lumber to determine where and from whom his brother should purchase the timber.

The brothers retained an interest in a building at 131-133 Granville Street in Halifax where they conducted much of their business. Even when Dr. Bell was teaching at Harvard he would on occasion be called on to meet with buyers or other representatives in Boston on his brother's behalf.

During the 1920s Ralph Bell's business interests continued to grow as he became involved in the fishing industry and more specifically with the Lockeport Company. In 1927 Winthrop and Hazel moved to the community where he actively aided his brother in the development of freezer technologies both at the processing plant and in railway cars that would transport the product to other parts of the continent.

Winthrop Bell also became embroiled in the transition from fishing schooners to trawlers. He wrote an article entitled "Why Fuss About the Trawler?" which appeared in the April 15, 1930 edition of Maclean's Magazine. 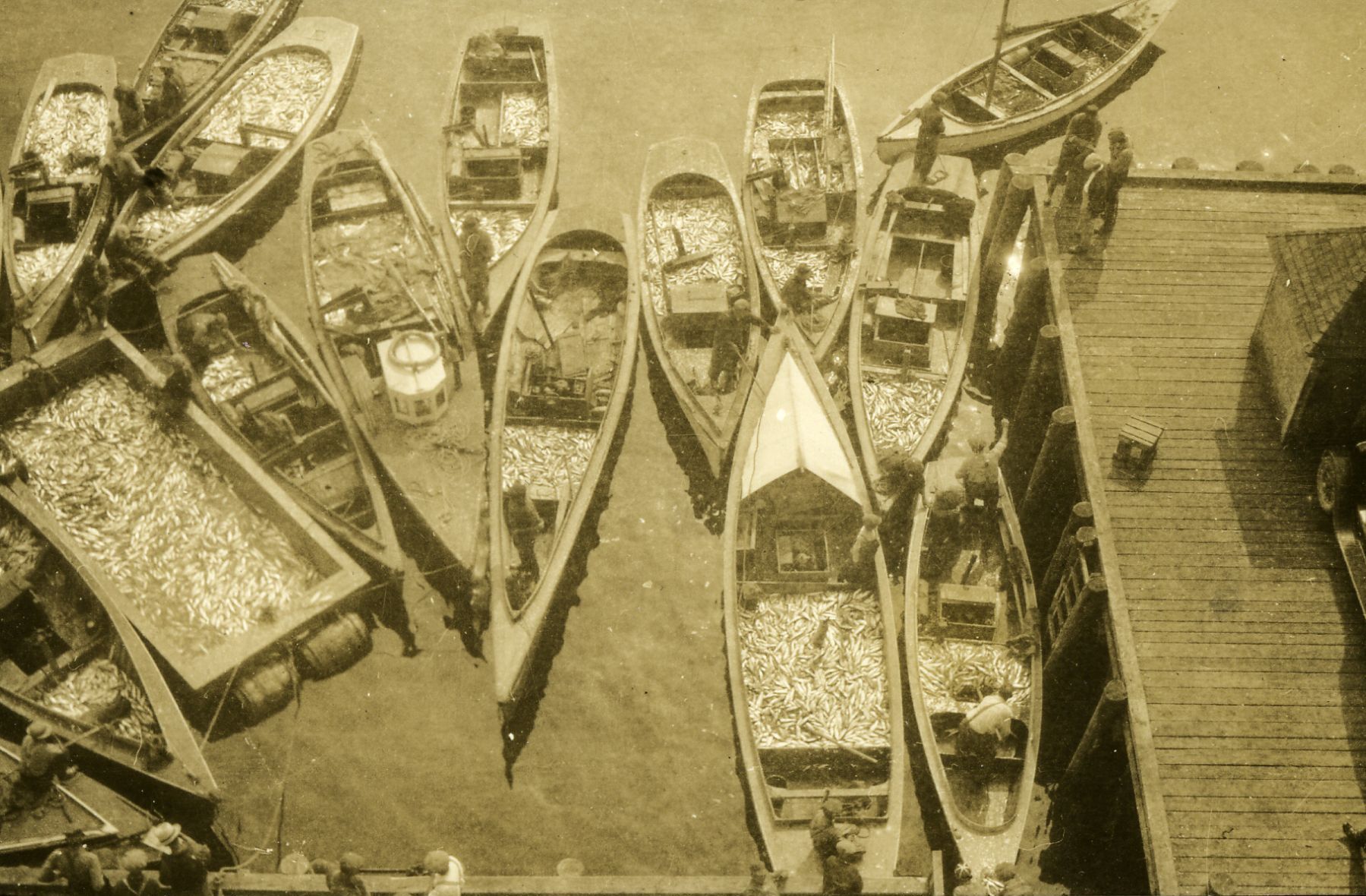 Photograph taken by Winthrop Bell of herring boats from the top of the freezer at Lockeport, Nova Scotia, July 26, 1927

His involvement continued in that business until 1933 when he received a retiring allowance and moved to Chester Basin, Nova Scotia.  This change made way for his niece and her husband, Dorothy and Jim Maclaren, to move into the Bells' former home in Lockeport and begin overseeing the business there.

His interest in the fishing industry continued and during a 1934 trip to Europe Dr. Bell spent a great deal of time gathering information about the fisheries in Britain and preparing a detailed report for the benefit of his brother. [1]

With the outbreak of the Second World War Winthrop Bell sought again to offer his services in the defence of Canada. He wrote to various ministers in Ottawa and ultimately became involved with the aircraft industry. In a letter to Francis Deak Dr. Bell indicates that he spent a year in Ottawa doing  paper work before returning to Nova Scotia to work at a plant [the Clark Ruse facility] in Dartmouth. [2]

After the war he was again more directly involved with his brother's activities in consolidating the fishing industry through the creation of National Sea Products Limited. Dr. Bell sat on the Board of Directors of the company for a number of years and again played the role of trusted confidante for his brother. As his health deteriorated and his heart condition worsened after 1951 he began to curtail most of his direct involvements but remained a keen observer of developments in the fields of economics and business.