The "Foreign Protestants" and the Settlement of Nova Scotia

Dr. Winthrop Bell's work on the story of the arrival of continental European settlers in Nova Scotia in 1752 is a testament to his tenacity and his abilities as a historical scholar. The work is an excellent example for historians and genealogical researchers alike. It covers the minutiae of every aspect of the migration and the early settlement of Lunenburg, Nova Scotia. 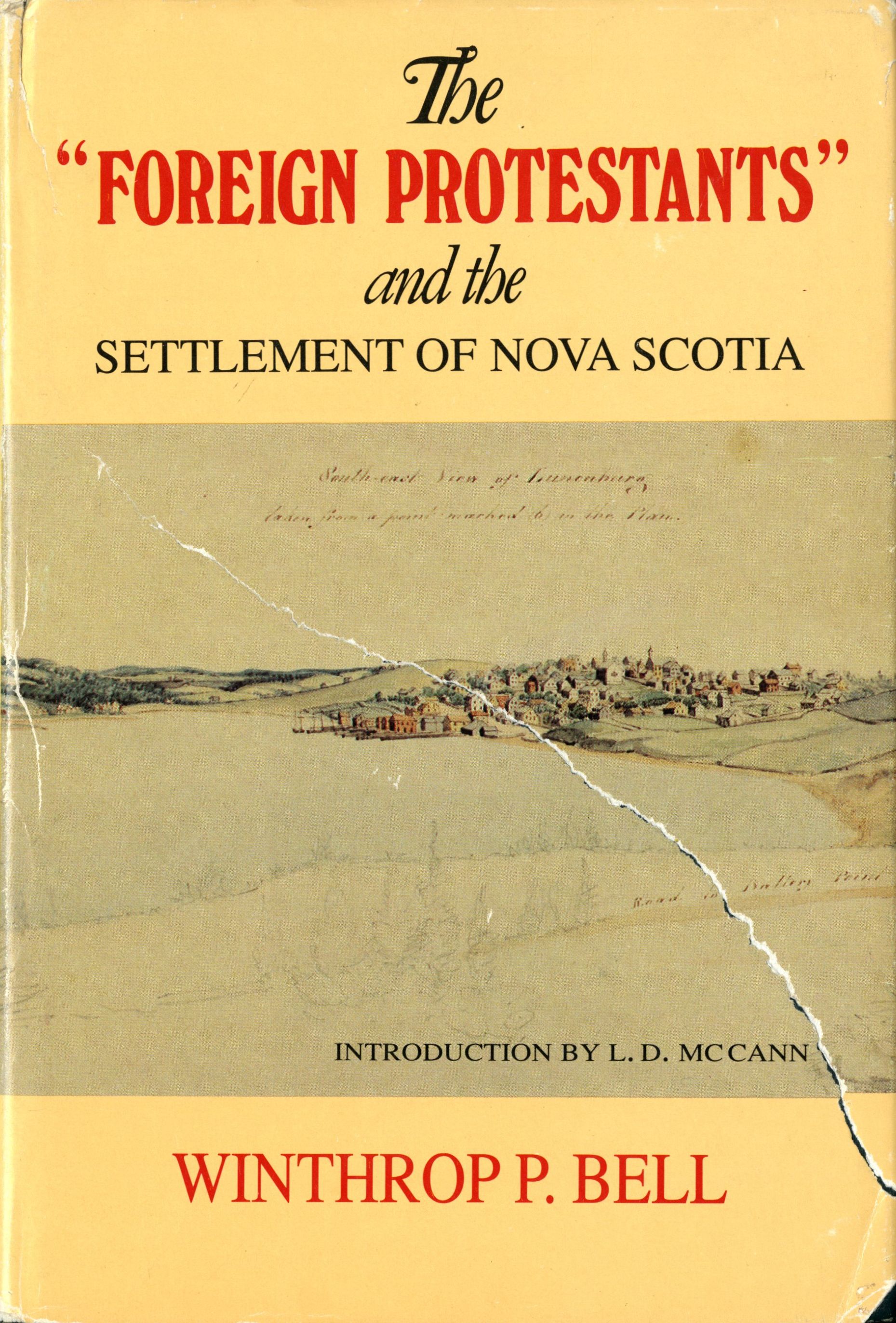 Dr. Bell offers an explanation for beginning his research in the opening chapter of his book on the subject.

"Some years ago I was struck by one or two discrepancies in printed statements about those European settlers. The discrepancies that particularly caught my eye had to do with the European origins of the migrants of the 1750's, and, closely connected with that, the naming ("Lunenburg") of their particular tract of settlement in Nova Scotia." [1]

One might also be inclined to believe that his connection with the South Shore of Nova Scotia provoked his curiosity - beginning in Lockeport in 1927 and continuing to the end of his life in the vicinity of Chester after 1933. Or perhaps his own family history research inspired him to investigate things more fully. His paternal ancestry traces back to the arrival of Montbeliard native Jean Legarce, who landed in North America on the vessel "Betty" in 1752.

When he started his research in earnest is unspecified. There is correspondence to indicate that he was asked to undertake the work in 1949 by the President of the Nova Scotia Historical Society, Dr. D.C. Harvey.

"As to your suggestion for a paper at some time in the future, perhaps the fall of 1950, I should be delighted to have the question of the origin of the Lunenburg people settled by a scholar who knows German and something of the history of the old loose organization known as the Holy Roman Empire. I think this particularly desirable in view of the fact that Lunenburg itself will be celebrating its bicentenary in 1953." [2]

Dr. Bell did not delay the project for long and in May 1951 he undertook research in Ottawa until his health began to fail. Thereafter, much of his research was aided by the efforts of the staff of the Provincial Archives of Nova Scotia who procured photostatic copies of documents from their holdings as well as items from the British Museum in London, England.

His work continued throughout the next decade and in 1959 he began to seek a publisher. He had some difficulties with this. [3] Ultimately, he arranged to have his work published by the University of Toronto Press. He travelled to Toronto in the spring of 1960 to meet with his publisher but while there suffered the first of two heart attacks that year. He was forced to return to Nova Scotia and complete the process of going through the revisions via mail. It was a cumbersome process and one that was fraught with frustration.

"It was interesting to read your account of your troubles in the publication of your book. When I began to work in publishing, no university press would have feared the "forbidding appearance" of numerous footnotes, which would rather have been considered the mark of authentic scholarship; but nowadays many university presses, in this country at least (and probably also in Canada), are publishing books that are really trade books and are trying to act like trade publishers...I am very much surprised to hear that you received no galley proofs, for it is much easier and less expensive to make changes in galleys than in pages...Yes, I do indeed know what drudgery making an index is. Most authors are poor at the job, and I usually have to revise an index drastically." [4]

However, Dr. Bell was understandably pleased when the book was finally published in 1961 and he received the accolades of his peers for his efforts. The reviews of his book were very complimentary and he was presented with the Canadian Historical Association's award for the best scholarly history published in Canada as well as a certificate of merit from the American Association for State and Local History.

[1] Bell, Winthrop Pickard. The "Foreign Protestants" and the Settlement of Nova Scotia:The History of a piece of arrested British Colonial Policy in the Eighteenth Century. Toronto: University of Toronto Press, 1961, p. 3.