History of Acadians at Mount Allison: Clubs and Societies

While Acadian students have participated in wide range of clubs and societies at Mount Allison University, there are two clubs that have directly served the francophone community on campus.

Le Cercle Francais was established during the 1930-31 academic year. Its chief aim was to encourage learning of the language and to provide students with the space to practice conversational French outside of the classroom. Over the years, the interests of the group broadened to include discussions and presentations on culture, art, music, literature, and films. The group often hosted meals, talks by prominent guests, and put on plays. For the most part, the focus appears to have been on language and culture from France, but occasionally there was interest in Acadian culture. In some ways, the club appears to have acted as a refuge for some of the early Acadian students. Mount Allison’s first Acadian graduate, Aurore Bourque (’32) was part of the club at its inception and went on to become Secretary and then later Vice-President of Le Cercle Français. Antony Legere (’50) similarly acted as Secretary and Vice-President of the club when he was in attendance decades later. However, on the whole, Acadian participation in Mount Allison’s French Club was small, which might suggest a tendency on the part of these students to want to fully immerse themselves in the Anglophone environment of the institution.

Tintamarre, a bilingual theatre company established by former French and Drama professor Alex Fancy, has served as another place of refuge for Acadian students. Established in 1982, Tintamarre was borne out of Fancy's keen interest in the ways in which the fluid expression of theater could be utilized to teach a second language. For more than fifty years, Tintamarre has welcomed both French and English speakers to perform plays in linguistic harmony, a tradition that continues to this day. 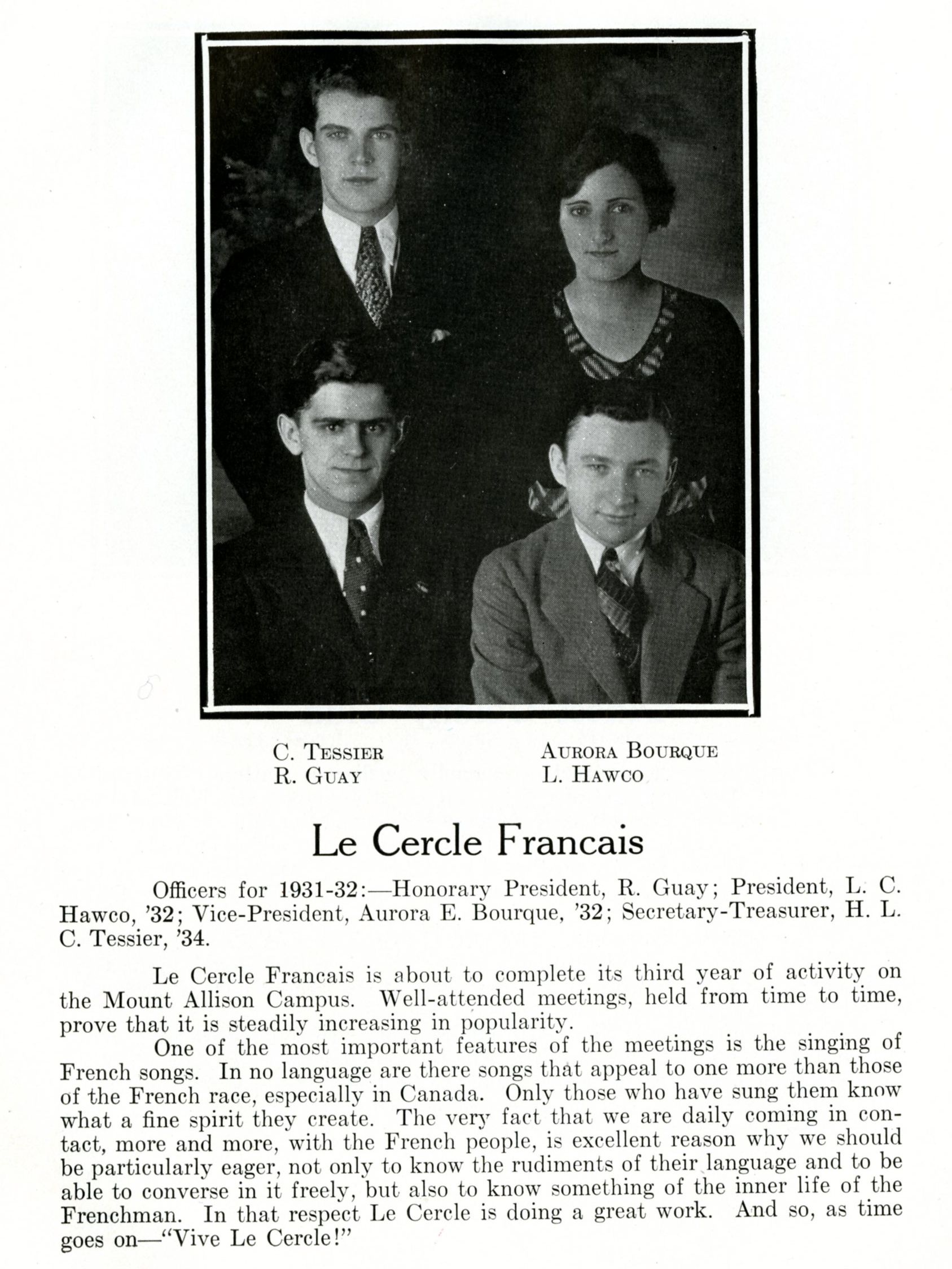 First Acadian graduate Aurore Bourque, who acted as Secretary and Vice-President of the french club Le Cercle Francais while in attendance. 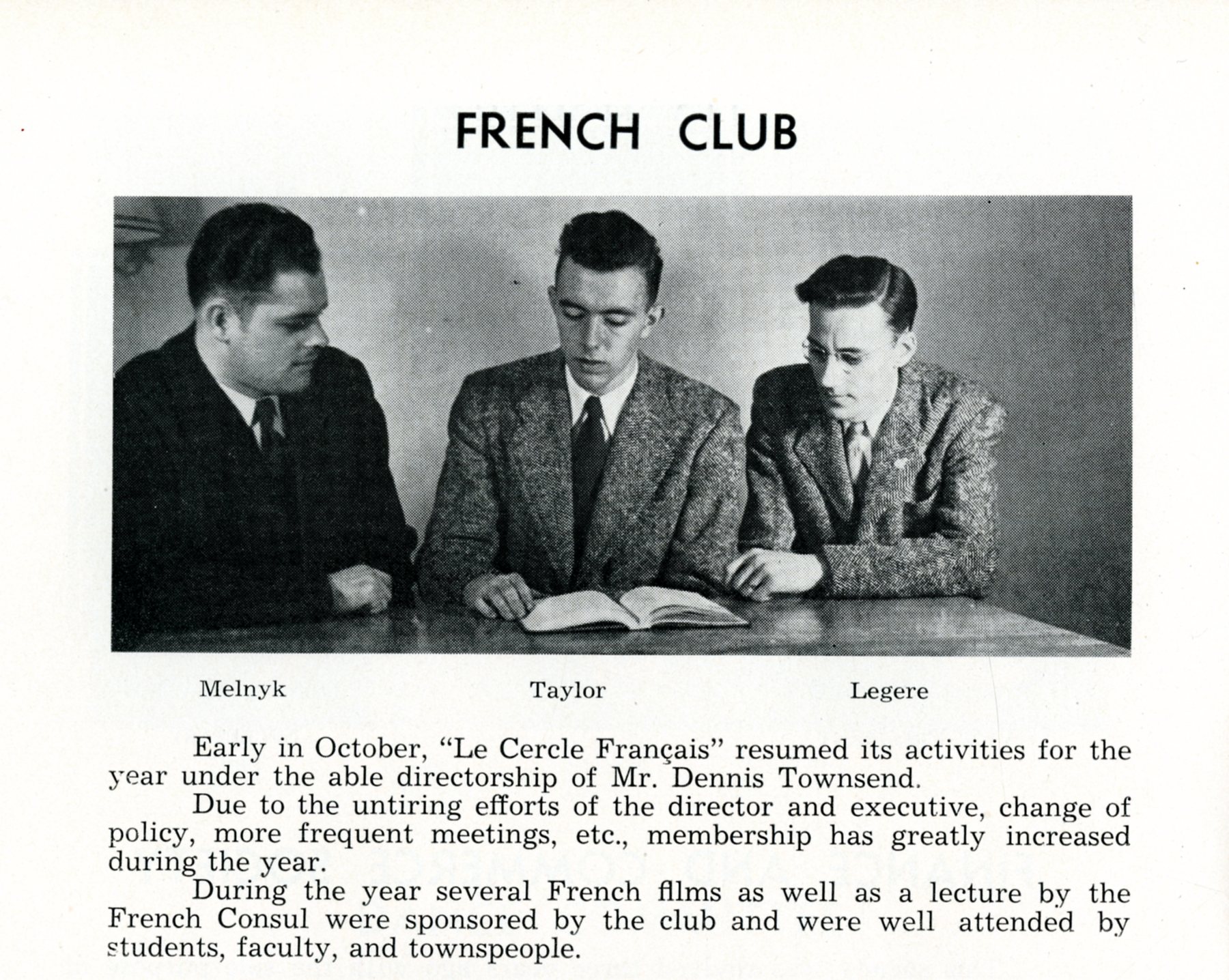 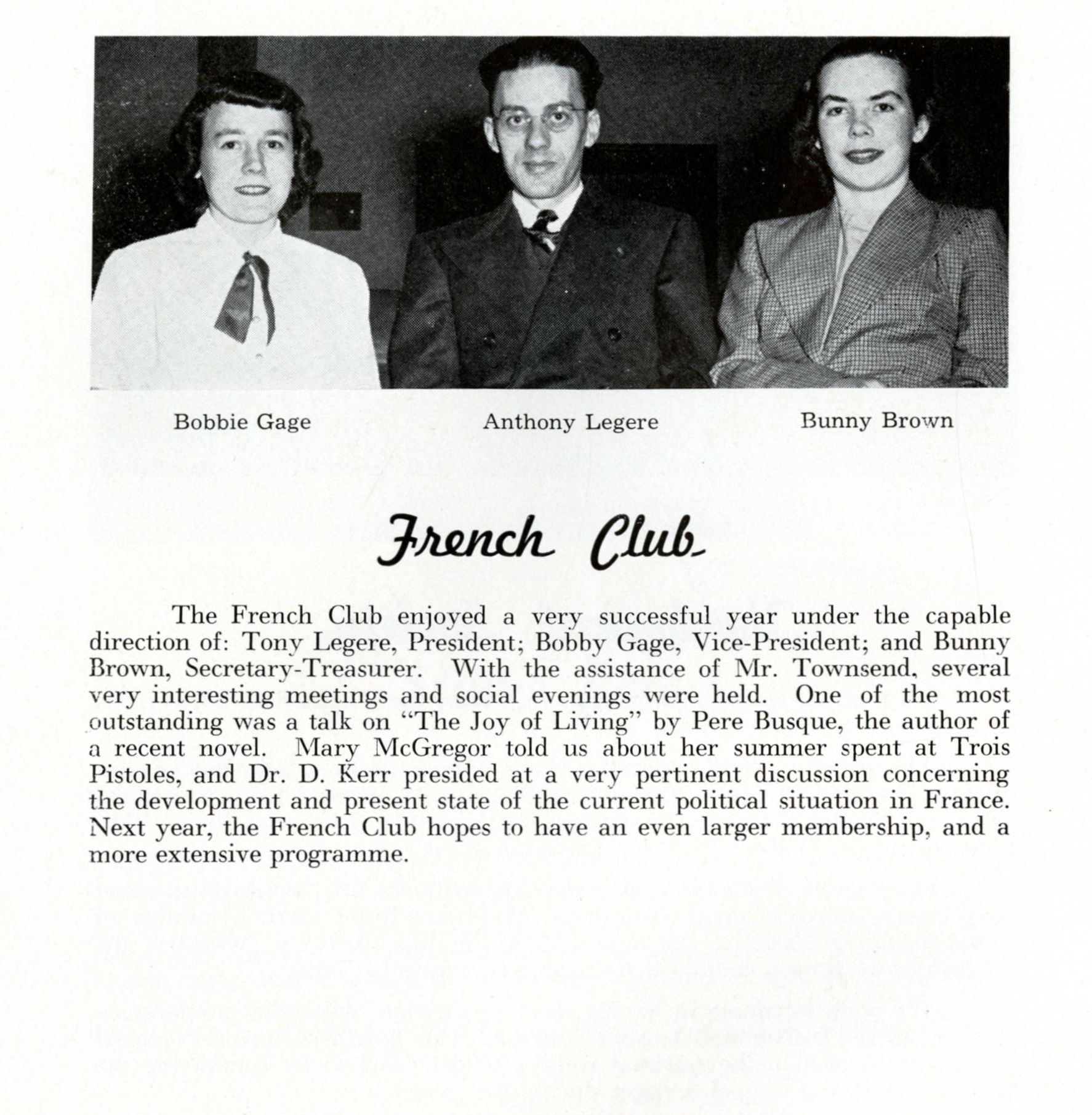 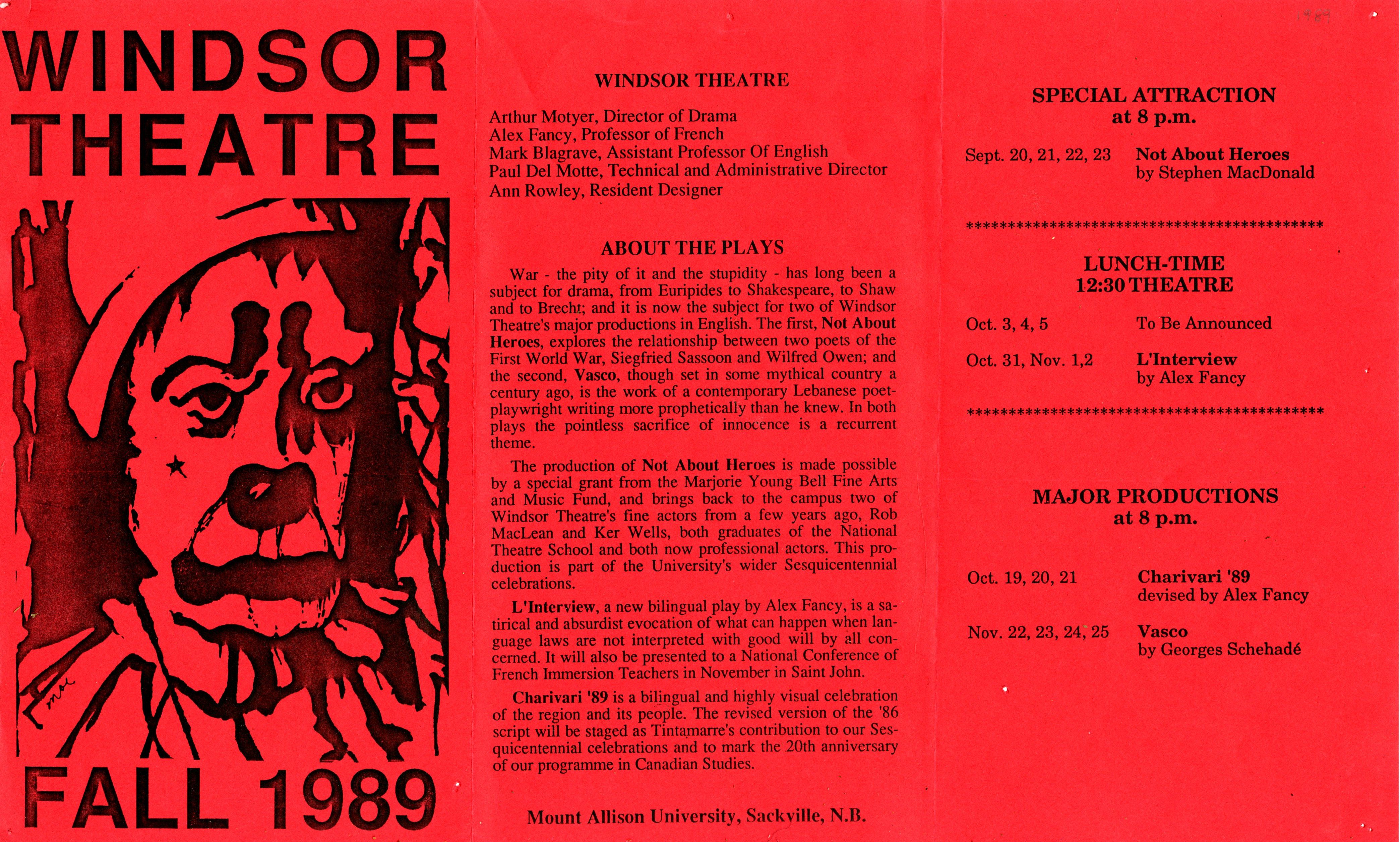 Programme includes "Charivari '89: The Sounds of Tantramar," an original production written by Alex Fancy and performed by the bilingual theatre troop Tintamarre in 1984, 1989, and 2008. The play deals with the expulsion of the Acadians from the Tintamarre area of Sackville. The marshes fall silent following le grand dérangement, but the spirits in the tombstones cannot remain silent. Moving forward in time, the play examines the legacy and continued struggles of the Acadians.